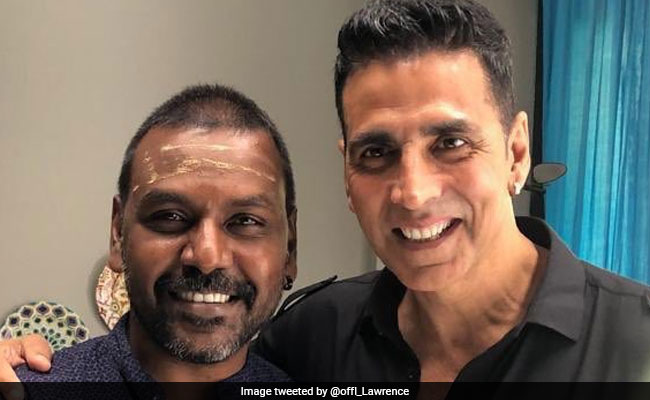 Director Raghava Lawrence tweeted on Saturday and mentioned that he is "back on board as a director of Laxmmi Bomb," which he had left a few weeks ago as he felt "disrespected". He also thanked actor Akshay Kumar and producer Shabinaa Khan in his tweet for solving the issues. Raghava Lawrence wrote in his tweet: "As you wished I would like you to know that I am back on board as a director of Laxmmi Bomb. A big thank you to Akshay Kumar sir for understanding my feelings and sorting all issues. Another thank you to my producer Shabinaa Khan for the same. Thanks to both for giving me respect. " Take a look at Raghava Lawrence's tweeted:

Hi Dear Friends and Fans...!
As you wished I would like to let you know that I am back on board as a director of #LaxmmiBomb with @akshaykumarpic.twitter.com/9HRHF5y2VV

Earlier, Raghava Lawrence took to his Twitter about resigning from the film after feeling "disrespected" and "disappointed," as the first poster of the film was unveiled by the makers of the film without him knowing about it: Here is what he had said in his tweet earlier:

Laxmmi Bombis the remake of a Tamil horror film Kanchana: Muni 2, which was a super-hit. It is the story of a cowardly man, who gets possessed by the ghost of a transgender. Akshay Kumar will play the character of the possessed person in the film. Kiara Advani will also feature in the film as the leading lady. In the original film, R. Sarathkumar, Raghava Lawrence, Lakshmi Rai, Kovai Sarala, Devadarshini and Sriman were featured.