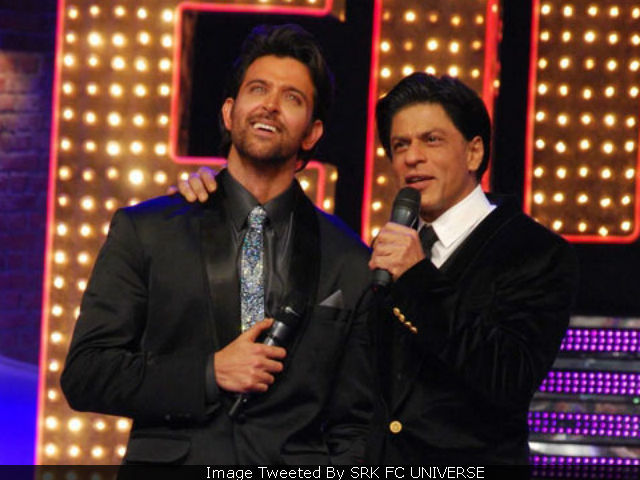 New Delhi: It's battlefield box office today and one of the two stars involved has posted a wonderful message for the other. Hrithik Roshan's Kaabil meets Shah Rukh Khan's Raees in a clash of titans and this morning, Hrithik tweeted this to SRK: "Today as a mentor I am sure you will inspire me again with Raees and as a student I hope you are proud of me with Kaabil." All along, Hrithik has staunchly insisted that his friendship with SRK will survive Raees vs Kaabil. This tweet will probably ensure that it does. Kaabil and Raees released this morning after multiple date and time changes. This is what Hrithik tweeted:

Dear @iamsrk today as a mentor Im sure u will inspire me yet again with #Raaes and as a student I hope you are proud of me with #Kaabil.

Hrithik is known to handle box office conflicts with grace. Last year, when his film Mohenjo Daro had to compete with Akshay Kumar's Rustom, he tweeted to the other actor:

Shah Rukh Khan, 51, and Hrithik Roshan, 43, first worked together in 1995 film Karan Arjun, on which Hrithik served as assistant director to his father Rakesh Roshan. Some weekends ago, Karan Arjun co-star Salman Khan tweeted this:

Promoted
Listen to the latest songs, only on JioSaavn.com
Raees vs Kaabil snowballed after it appeared that Shah Rukh Khan's film was deliberately rescheduling itself to match Kaabil's date. It backed down from a clash with Salman's Sultan last July and picked January 26, already booked by Hrithik Roshan's film. When Kaabil announced it would advance itself to the day before, Raees said it would do the same. For a while, a few hours separated the first shows of the films with Raees slated for the morning and Kaabil for the evening. Then, Kaabil revised it's time as well and the movies released in the same slot today.