Raees: What Shah Rukh Khan And AbRam Did In Amritsar 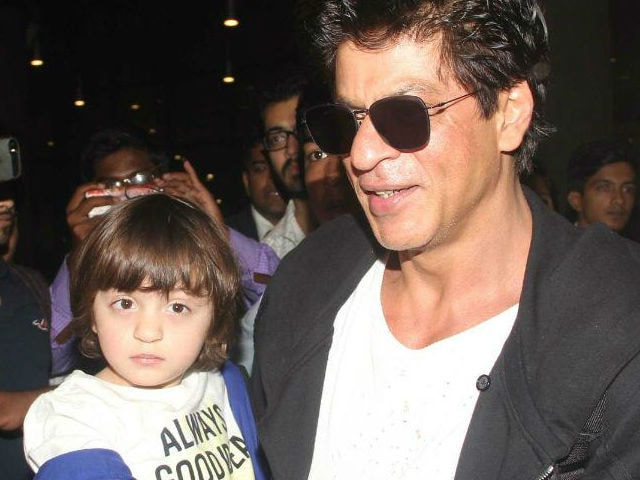 New Delhi: Superstar Shah Rukh Khan visited Sri Darbar Sahib in Amritsar with his son AbRam on Tuesday. The 51-year-old actor, whose film Raeesmade above Rs 98 crore since it released on January 25 tweeted an image with his youngest child from Sri Darbar Sahib and captioned the image: "At the Sri Darbar Sahib. Peace and love and all feelings beautiful. Thank u Amritsar (sic)." Shah Rukh and Team Raees (minus Pakistani actress Mahira Khan) celebrated the film's success at a party in Mumbai on Monday. They opted for an alcohol-free party as it was Mahatma Gandhi's death anniversary on January 30.

At the Sri Darbar Sahib. Peace and love and all feelings beautiful. Thank u Amritsar. pic.twitter.com/gB53l1HJvK

Raees producer Ritesh Sidhwani also accompanied Shah Rukh and AbRam and he to shared a picture on Instagram:

#amritsar #goldentemple #divine crowded yet most peaceful thank you

Thank u Pune. Symbiosis students & all at the Seasons mall...and all following me on the roads. Go for Raees now! pic.twitter.com/fwRI8Wqsvq

Promoted
Listen to the latest songs, only on JioSaavn.com
Shah Rukh Khan's Raees released a day before Republic Day. In the film Shah Rukh plays a boot-legger, who has ingenious ways of expanding his business but often faces resistance from Nawazuddin Siddiqui's character. Shah Rukh plays a lovable liquor baron who rises above everyone in the business and wins many hearts in the process. Raees, directed by Rahul Dholakia, also stars Zeeshan Ayyub. The film has a special song appearance by Sunny Leone.