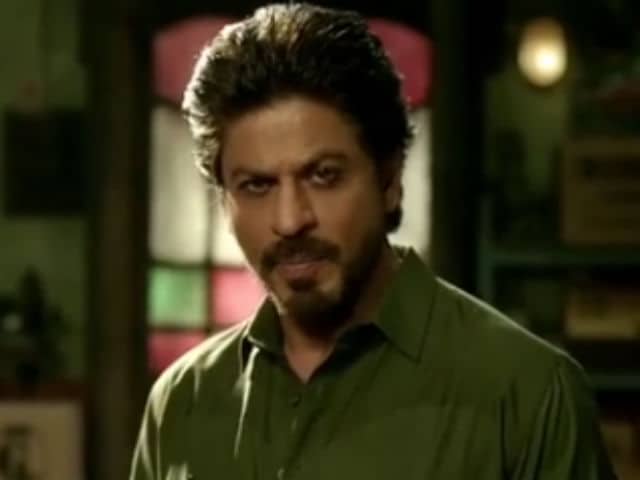 New Delhi: A couple of days back, we saw an angry Raees Alam dealing handily with those who called him 'Battery'. And now someone has again dared to angry Raees Bhai. In a clip from Raees, Nawazuddin Siddiqui, who plays a cop is having a face-off with Shah Rukh Khan, who stars as liquor baron in the dry state of Gujarat. Nawazuddin tells Raees Alam, "Aaj kal din ache chal rahe hai tere", to which the latter replies, "Din aur raat logon ke hote hai, sheron ka zamana hota hai". Inspector Jaideep Majumdar (Nawazuddin) goes after SRK's character in the film. Pakistani actress Mahira Khan makes her Bollywood debut with Raees and plays Raees Alam's love interest, Aasiya.

Raees is directed by Rahul Dholakia and is produced by Farhan Akhtar's Excel Entertainment. It is the one of the most-anticipated films of 2017 and releases on January 25, along with Hrithik Roshan and Yami Gautam's Kaabil.

Promoted
Listen to the latest songs, only on JioSaavn.com
In an interview to news agency IANS, Nawazuddin, 42 appreciated Shah Rukh and said, "I enjoyed working with (Shah Rukh Khan) a lot because he works like an actor on set. In addition, that reflected on our performance as we have some crucial scenes in the film. He does not carry his stardom on set. He is very humble."

Actress Sunny Leone has also performed on a special dance number- remix of the Zeenat Aman's 1980 hit Laila O Laila. The other songs of Raees- Udi Udi Jaaye and O Zaalima have topped the chartbusters.