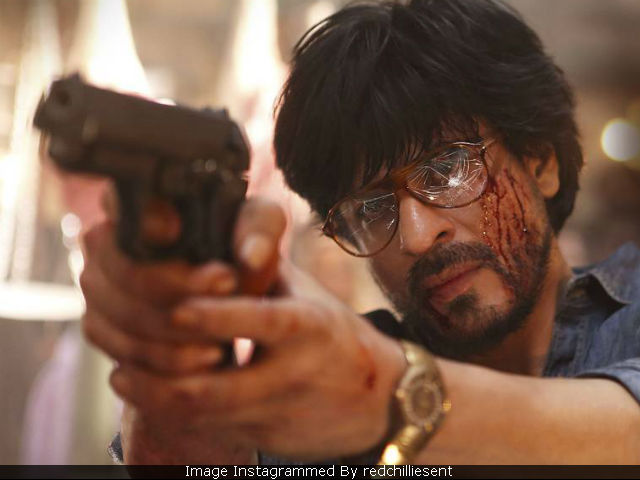 Raees: SRK deals handily with those who address him as 'Battery' (Courtesy: redchilliesent)

New Delhi: Whatever you do, do not - we repeat, do NOT - call Raees Alam 'Battery.' Actor Shah Rukh Khan posted a video detailing what happens to those who do and it's not pretty. SRK stars as the title character in upcoming film Raees - the tale of a boot-legger in Gujarat and his rise to power as an underworld figure. In a clip from the film, Raees bhai deals handily with those who address him by what appears to be a hated nickname. The only person who calls Raees Alam 'Battery' and lives to tell the tale is Aasiya, his wife, played by Pakistani star Mahira Khan. 'Battery nahi bolneka,' posted Shah Rukh Khan:

Here's what happens when you call Raees "battery"? #BatteryNahiBolnekahttps://t.co/l5CCgp6SNv

Raees Alam has had quite enough of these disrespectful epithets, if you please. Battery. Nahi. Bolneka.

Raees is easily one of the biggest films of 2017 - to which calendar it was rescheduled from July 2016, to avoid a box office showdown with Salman Khan's Sultan. It currently releases alongside Hrithik Roshan's Kaabil - both films will open on January 25, cashing in on the Republic Day weekend.

Two other songs have been released from the film - Zaalima and Udi Udi Jaye, which coincided with Makar Sankranti last weekend. The song showed Shah Rukh Khan and Mahira Khan's characters flying kites and dancing the garba, as is traditional in Gujarat during Uttaraayan, which is what the harvest festival is locally called.