"Expressing my gratitude for making this film even more special for us as well as the audience," reads a part of Prabhas' thank you note 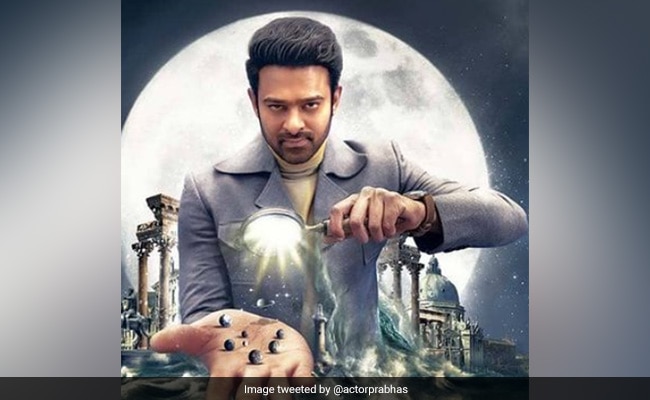 Radhe Shyam, starring Prabhas and Pooja Hegde, is all set to release on March 11. A few days before the release, Prabhas has written a thank you note for Amitabh Bachchan, S S Rajamouli, and Prithviraj Sukumaran. Wondering why? Well, here is the answer. The note reads, "We are honoured to have Amitabh Bachchan Sir, Shiva Rajkumar Sir, Prithviraj Sukumaran Sir, and SS Rajamouli Sir lending their glorious voice to our film #RadheShyam. Expressing my gratitude for making this film even more special for us as well as the audience. Thank you very much!" Prabhas has captioned the note as "Thank you for making #RadheShyam so special @amitabhbachchan Sir, @nimmashivarajkumar Sir, @therealprithvi Sir & @ssrajamouli Sir."

Prabhas and Amitabh Bachchan are working together in Nag Ashwin's next film, tentatively titled Project K. The movie also has Deepika Padukone in the lead role. When the first shoot of the film was completed, Prabhas had expressed that it was a dream come true moment to work with Amitabh Bachchan. He had written, "This is a dream come true for me. Completed the first shot of #ProjectK today with the legendary @amitabhbachchan Sir!"

Radhe Shyam has been written and directed by Radha Krishna Kumar and the film is a period romantic drama that tells the story of Vikramaditya, a palmist who is conflicted between destiny and his love for Prerana. The film will release on Friday. The film was originally planned for a release on 30 July 2021, but it was delayed due to the COVID-19 pandemic.