Radhe Maa Not on Bigg Boss 9, Don't Believe the 'Atheists' 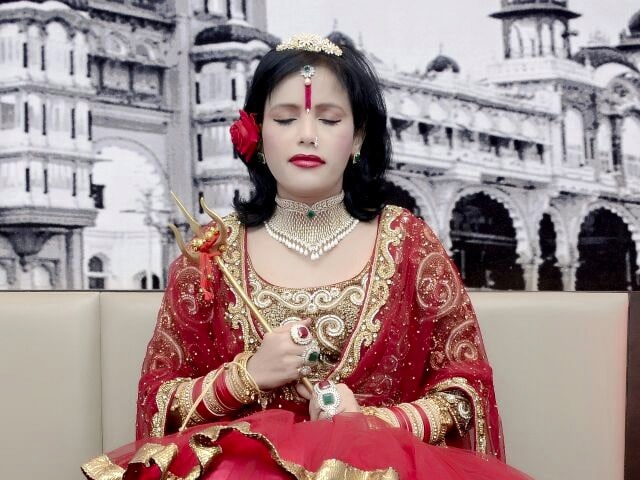 This image was posted on Facebook by Radhe Maa

New Delhi: The list of Bigg Boss 9 probables that was circulated some days ago is self-destructing with alarming speed. Controversial godwoman Radhe Maa is the latest to publicly deny she's appearing on the next season of the reality show.

An image of a notice from her lawyer cautioning the public to ignore the reports in which the 'unscrupulous and atheists have falsely alleged' that the self-styled godwoman will be on Bigg Boss:
Image courtesy: Radhe Maa
Radhe Maa has barely been out of the headlines ever since a picture of her in a red miniskirt surfaced on social media. Since then, she's been implicated in a dowry harassment case, accused of driving a family of farmers to suicide and is now named in a First Information Report or FIR in which former devotee and Bigg Boss alumnus Dolly Bindra accuses her of "intimidation, sexual harassment and voyeurism". (Also Read: Dolly Bindra Accuses Radhe Maa of Sexual Harassment, Voyeurism in FIR)

Just like Radhe Maa, several others named in news reports as Bigg Boss hopefuls have used their social media accounts to deny they are participating in the show.

Just to clarify. I'm not going on big boss. It's a great show but I'm not the right person for this. Hell, no PS4, ill die!

I'm not going to #BigBoss house and no one from @ColorsTV have approached me for the same!thank you

Comedian Gaurav Gera told new agency IANS in an interview, "Yes, I was approached for the show, but I am not going for it. I am a fan of the show, butI love to only watch it."

However, the fast diminishing list of possible participants is balanced by the presence of Salman Khan who returns to host and has promised 'double trouble' in the show's first promo. (Also Read: Salman Khan Promises Bigg Boss 9 Will be 'Double Trouble')

The moment you all have been waiting for is here! Check out the #exclusive #BB9DoubleTrouble promo! #BB9 Salman Khan

He might, however, be preaching to an empty house at the rate the rumoured participants are dropping out.