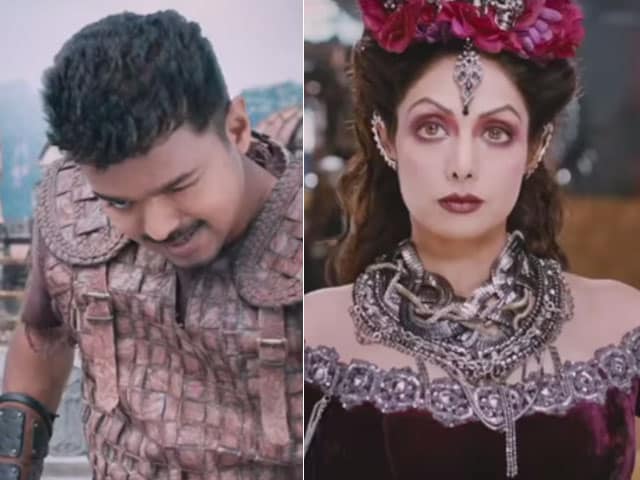 New Delhi: The promo of an upcoming song from Puli has the Internet dancing to its tune since it released on September 14. (Also Read: Puli Trailer: Vijay vs Sridevi, the Malevolent Queen )

Sridevi looks every bit the malevolent warrior queen and Vijay the gladiator-style warrior who faces off with her. There are quick glimpses of Vijay romancing Shruti Haasan. Hansika Motwani, who plays Sridevi's daughter, appears in a couple of dance sequences.

Puli's trailer is likely to release on September 17 to coincide with Ganesh Chaturthi.

Directed by Chimbu Deven, the film will reportedly release on Diwali this year.