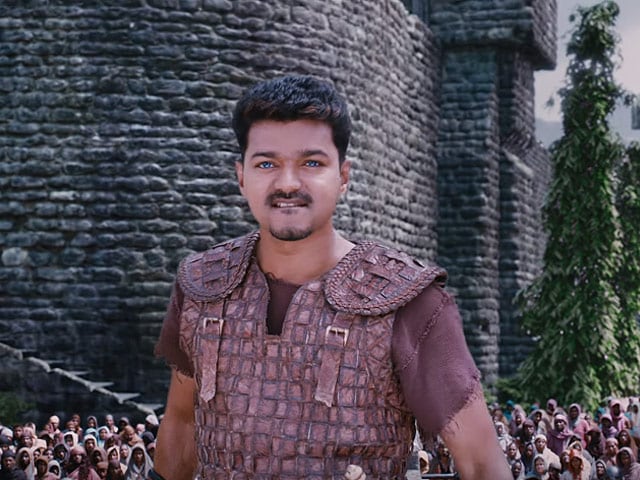 Chennai: The release of superstar Vijay's Tamil movie Puli hit a roadblock after early morning shows and overseas premiere of the film were cancelled for reasons still unclear.

The shows of the fantasy-drama film that were scheduled as early as 4 am and 5 am on October 1 stand cancelled.

"Even we are not sure why we have been asked to cancel the special shows. We are waiting for go ahead from Qube to release the film," a theatre representative told IANS.

According to an industry source, the makers of Puli were yet to get clearance from Qube - the company that streams movies digitally.

"Rumour has it that producers of Puli are yet to clear dues to Qube. As soon as it is settled, theatres are expected to get the green signal to screen the movie," the source told IANS.

Another source said that due to the income tax raid on the producers and financier of Puli on September 30, they are yet get financial clearance to pay exhibitors. "Due to the raid, the producers were not allowed to move funds to clear last minute payments. This could be one of the reasons why exhibitors did not get clearance to screen the film," the source said. (Also Read: Puli Star Vijay's Home Raided by Income Tax Officials Ahead of Film Release)

Theatres that had planned to screen the film at 8 am and 9 am have also cancelled the shows. "We hear that we may get clearance to screen the film from noon onwards. But we still are not sure about the same," the theatre representative said.The film's overseas distributor Atmus Entertainment posted on their Twitter page:

They added that the dues will be cleared soon:

#Puli Vijay finally was able to come out of home after IT raid got over and immediately agreed to pay the pending amount. KDMs within an hr.