Priyanka Chopra Rates Herself 12 On Happiness Scale Of 1 To 10. And We're Thrilled For Her 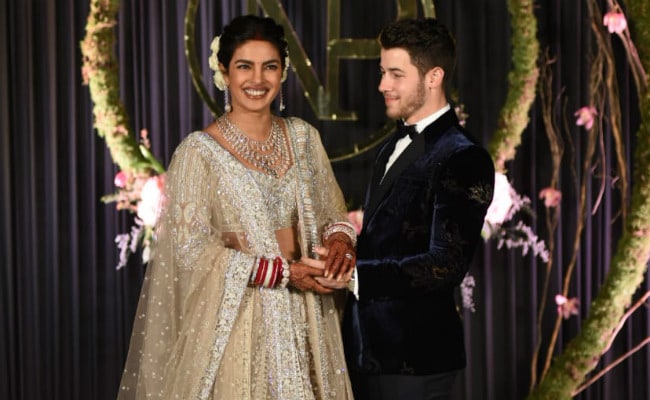 Priyanka and Nick hosted their first wedding reception on Tuesday

Priyanka Chopra and Nick Jonas' wedding festivities continued with a reception in Delhi. Held on Tuesday in the national capital, the Delhi reception made way for the newlyweds to interact with the media, where the new bride told news agency IANS, "On a scale of 1 to 10 in happiness, I'm on 12." Aww. That's so adorable. Priyanka Chopra's statement is corroborated by the stunning wedding photos recently released by the couple. Priyanka and Nick had two wedding ceremonies at Jodhpur's Umaid Bhawan Palace while the Delhi reception was hosted at the Taj Palace. Nick Jonas, who brought along his family to Mumbai for the first time for the roka ceremony in August, added: "I'm a fan of Indian weddings," reported IANS.

Priyanka and Nick's wedding festivities started on Friday, a day after they landed in Jodhpur and looks like there's no room for exhaustion as the couple are enjoying every single moment: "It's all merry time... No time to be tired," Priyanka told IANS. The Delhi reception was special for Nick and Priyanka as Prime Minister Narendra Modi also attended the event and showered the couple with best wishes. 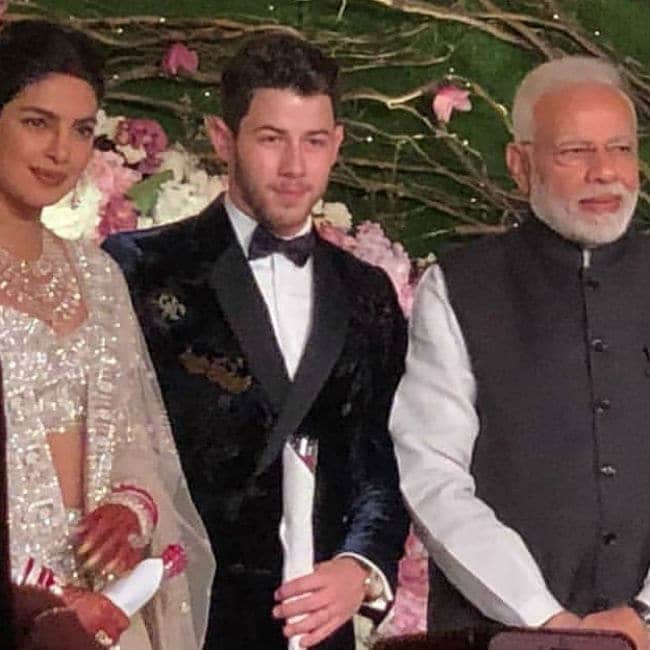 Priyanka and Nick's wedding photos were first exclusively released by People Magazine, who also shared glimpses of the newly-married couple's interview in a piece. "Being able to have two big weddings, in India, with our closest family and friends was unbelievably special," Priyanka was quoted as saying. Priyanka and Nick had a Christian wedding on December 1, which was followed by a Hindu wedding ceremony on December 2. For the Christian wedding, Priyanka's mother Madhu Chopra walked her down the aisle.

Once upon a fairytale... @nickjonas@peoplehttps://t.co/tZH0Yk4Hwcpic.twitter.com/dMAxIvlsXb

About the Chopra and Jonas families bonding over the wedding festivities, Priyanka had earlier written this for her mehendi album: "One of the most special things that our relationship has given us is a merging of families who love and respect each other's faiths and cultures. And so planning our wedding with an amalgamation of both was so, so amazing."

Priyanka's mother Madhu Chopra and cousin Parineeti Chopra were constantly by the bride's side during her wedding while all three of Nick's brothers (Joe, Frankie and Kevin) served as his groomsmen.

Many congratulations to Priyanka Chopra and Nick Jonas!