Priyanka Chopra, Nick Jonas Ran Out Of Beer At Their Wedding. 'Big Issue,' He Says

Nick Jonas said: "Our friends drink a lot of beer, specifically, and we ran out of beer at the wedding" 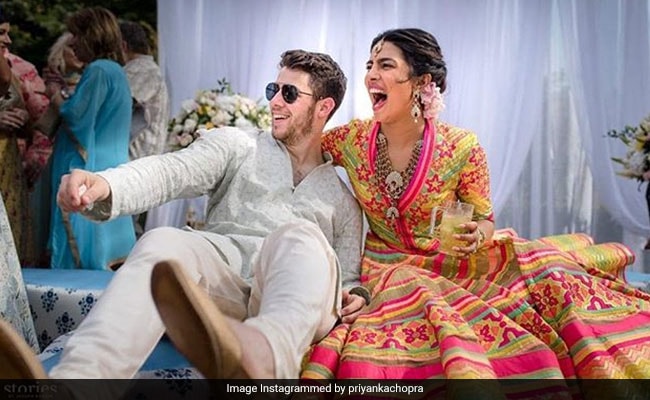 Singer Nick Jonas' brother Joe, who is getting married to Game Of Thrones actress Sophie Turner in France this summer, told Female First that ensuring an adequate supply of beer at his wedding is 'necessary' as they ran out of beer during Nick's wedding with Priyanka Chopra in December 2018. "I mean, we are getting married in France, so a lot of Coors Light is necessary. Not hard, really, to get that, but we needed to make sure that was going to happen," he said. Nick Jonas revealed in the joint interview that they learned the lesson about beer-management at his wedding and told Female First: "We learned a lesson from my wedding. Our friends drink a lot of beer, specifically, and we ran out of beer at the wedding, at my wedding, which was a big issue."

Kevin Jonas, the third spoke of the Jonas Brothers band, added: "It starts to get very dark very fast with hard alcohol instead. It's just like 'Oh, we're doing this now? Okay'."

Nick Jonas and Priyanka Chopra married as per Christian rituals followed by a traditional Hindu wedding in December 2018 in Jodhpur's Umaid Bhawan Palace. Several celebratory events filled the gap between the two events.

The Jonas Brothers' recently reunited for Sucker, which also featured Priyanka, Sophie and Danielle Jonas (Kevin's wife). Nick Jonas is currently promoting upcoming animation film UglyDolls, in which he has voiced the character of Lou. He is also filming the sequel to Jumanji: Welcome to the Jungle.

Priyanka Chopra is currently filming The Sky Is Pink and she recently announced a project with Mindy Kaling.