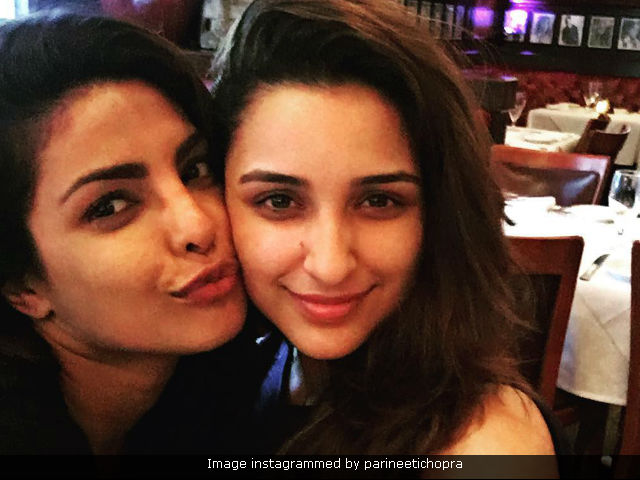 New Delhi: Actress Parineeti Chopra shared the first song from her upcoming film Meri Pyaari Bindu, which also marks her debut as singer. The song titled Maana Ke Hum Yaar Nahin went viral within minutes of its release on Tuesday and celebrities as flooding Parineeti's Twitter timeline with compliments. Among those who love Parineeti's new venture, was her cousin, actress-singer Priyanka Chopra, who tweeted saying: "Proud of u baby! Ur daddy will be proud! So would mine! (sic). Priyanka, star of American television show Quantico, has popular tracks like In My City and Exotic on her resume. Parineeti was quite happy with the compliment and told Priyanka she "wants to follow your footsteps."

Proud of u baby! Ur daddy will be proud! So would mine! @ParineetiChoprahttps://t.co/0XEvN2cqhS

Last year, Parinneti paid a tribute to Priyanka at an award show by performing to her tracks like Tinka Tinka:

Tinka Tinka. One of her favourite songs!!! This act means so much to me. Love you mimi didi @priyankachopra . #Tribute #Stardust

This is the 10th time today we are being forced to see #MaanaKeHumYaarNahin, but still loving it! Great job @ParineetiChopra! pic.twitter.com/OgtXnkuMcw

Wow!!!! This is really good @ParineetiChopra And such a lovely song too! https://t.co/iqskt3n2NS

Absolutely Incredible!!! And so lovely song too... beautiful words and composition!!! @ParinitiChoprahttps://t.co/RcJzNxmvTq

Promoted
Listen to the latest songs, only on JioSaavn.com
Meri Pyaari Bindu is Parineeti Chopra's first film in three years. She was last seen in 2014 films Kil/Dill, Daawat-E-Ishq and Hasee Toh Phasee. The first two tanked at the box office while Hasee Toh Phasee co-starring Sidharth Malhotra did fairly well. In between she also appeared in a special song sequence with actor Varun Dhawan in Dishoom. The film is directed by Akshay Roy and is slated for release in May.