Priyanka Chopra describe herself as "lean, mean and all of 17" in the picture 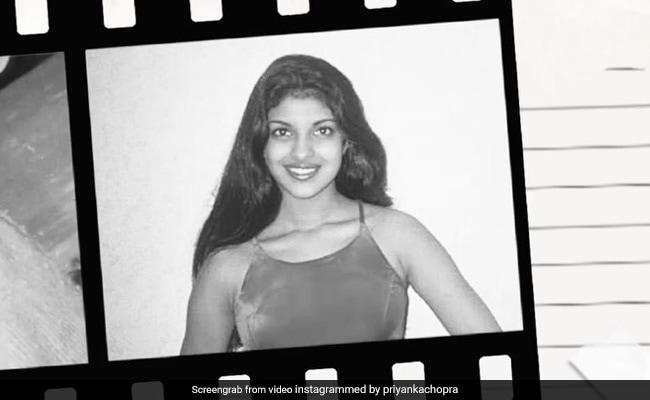 Priyanka Chopra, who is all set for the launch her memoir titled Unfinished, has actively been sharing throwback moments on her Instagram profile. Her latest entry is from the time when she was "lean, mean and all of 17" (her words). The actress' post was flooded with comments from her colleagues and co-stars. However, the two remarks that caught our attention the most, happen to be from two actresses who knew Priyanka Chopra when she was 17. Of course we are talking about Lara Dutta and Dia Mirza, who were Priyanka Chopra's fellow Miss India winners in 2000. Priyanka won the Miss World title that year, Lara Dutta was crowned Miss Universe and Dia Mirza won the Miss Asia Pacific title. "I remember this girl," commented Dia Mirza, while Lara Dutta had the same thoughts. Priyanka Chopra replied to Dia Mirza's post comment and wrote: "Haha."

Other stars too joined in and left comments on Priyanka Chopra's post. Hrithik Roshan, who has starred with Priyanka in multiple projects, wrote: "Sweet." Katrina Kaif left a few heart emojis on the Quantico actress' post.

Here's a screenshot of the comments on Priyanka Chopra's post: 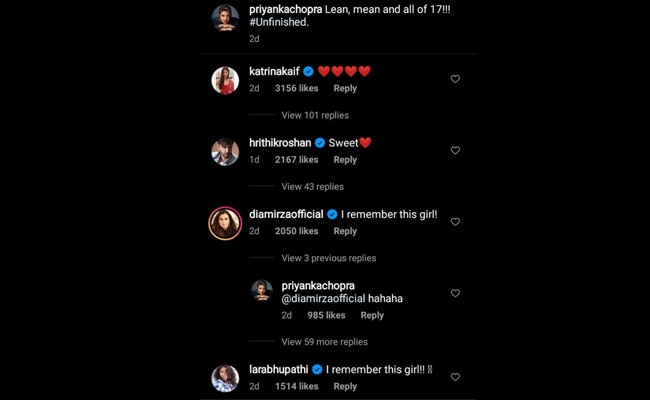 Priyanka Chopra's memoir will have a lot to offer, for her story is anything but ordinary. Priyanka Chopra, a former Miss World and a Bollywood star, is a woman of many hats. She is the first South Asian woman to headline the cast of an American television show and has featured in many Hollywood projects. Priyanka Chopra is a tech-investor and also counts as a UNICEF Goodwill Ambassador.