Salman Khan's Bharat director said, "It is an interesting process to explore and the challenge remains how to present him differently" 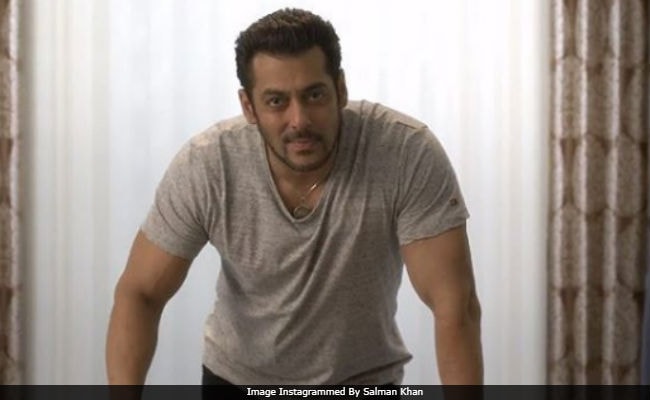 Asked how does he approach the superstar and break his on-screen image, the director told IANS: "It is an interesting process to explore and the challenge remains how to present him differently.

"I think it all starts with the script and the way we write the story. We always want to be sure not to repeat what he has already played on-screen and how differently we can project a character. Sultan was a very different story from Tiger Zinda Hai."

He pointed out how Sultan saw Salman essay an emotional man who lost everything, but in Tiger Zinda Hai, he is seen doing something for the good in a crisis situation.

"Salman is a quintessential hero and he has star power. His fans want to see him in a certain way. I had to do justice to both - that is why Salman fans loved both the movies."

Does the actor's larger than life image create any limitation for a director to experiment with his character?

Zafar said: "No, we have to consider the story and understand if he fits in the story. The question is, 'Is this the right story for Salman Khan to do'? Because everything starts with the writing process."

Zafar is collaborating with Salman for the third time with his upcoming film Bharat. He knows expectations are high.

"I know that after two back-to-back hits with him, people have huge expectations. I know I have to deliver the best, that there is a challenge, a pressure that I am feeling already.

"The film is in writing process and it is too early to give out more details on it. Hopefully, people will like the story."

Whether it is the loud-natured outspoken Dimple in his debut film Mere Brother Ki Dulhan, wrestling champion Aarfa Hussain in Sultan and Zoya, the Pakistani spy who is involved in hand-to-hand combat against terrorists to stand for peace in Tiger Zinda Hai -- Zafar has always presented women in strong characters in all his films.

On that, he said: "Well, I think women are strong, and we are a country of strong, powerful women. We celebrate it.

"I have grown up among strong women in my house, starting from my mother. So I see no reason for projecting them another way. And when I am writing a story of 'Tiger...', I pay equal attention to the female character so that the male counterpart does not outshine..

"When people come out of the theatre after watching the film, they should feel that it was not just a Salman Khan film. It is a film for Katrina Kaif too."

Tiger Zinda Hai will be shown on television on Sunday on Sony Max.

Asked about his expectation from the TV audience, Zafar said: "Though the film has done great business at the box office, I know it for a fact that the film is yet to reach many people.

Promoted
Listen to the latest songs, only on JioSaavn.com
"With television, it will reach out to every household. So, the viewership base is going to increase a lot. So, it is very exciting for us."