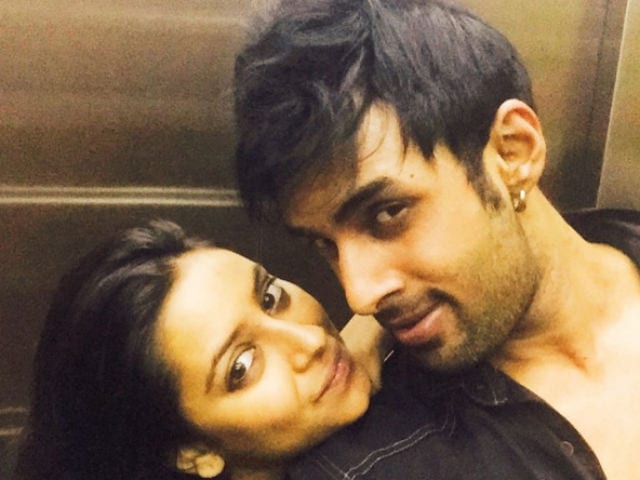 Mumbai: Television actress Pratyusha Banerjee's boyfriend Rahul Raj Singh was hospitalised today after he complained of breathing problems while he was being questioned by the police for the second day in connection with her alleged suicide even as sleuths searched her house for evidence.

Mr Singh, who was questioned by the police in connection with the death of the 24-year-old TV star, was taken to Shree Sai Hospital in suburban Kandivali after he complained of chest pain and low blood pressure.

"Rahul was admitted to ICU three hours ago," his aide said without revealing further details.

Pratyusha, who shot to fame with the portrayal of Anandi in the hit TV series Balika Vadhu, was found dead at her home on April 1, in what appeared to be a case of suicide.

The reason for the extreme step is not yet known, but Pratyusha was reportedly facing problems in her relationship with Mr Singh, who is a TV producer.

Taking the investigation further after police launched a probe in the suicide case yesterday, cops are planning to reach out to Pratyusha's friends (particularly males), who in the past had any disputes and tiffs with the actress.

"We will further check Facebook and Twitter accounts of Rahul and Pratyusha and would also inquire with their common friends with regard to the case," a police official said here.

If there is any contradiction, Rahul will be further questioned, he said.

A team of investigators went to Pratyusha's house in Goregaon this morning to look for evidence.

Yesterday, Mr Singh's statement was recorded till late in the evening at Bangurnagar police station.

Also, police searched Pratyusha's house and had found two mobile phones. The cops had ruled out financial dispute as the reason for suicide.

According to police, the probe so far had not found anything pointing to abetment of suicide by Mr Singh.

Besides, Pratyusha's parents didn't level any allegations against Mr Singh in their statement. Her parents said that Pratyusha and her boyfriend did fight sometimes, but patched up soon thereafter.(Also Read: Pratyusha Banerjee, Rahul Looked Very Much in Love, Says Arbaaz Khan)