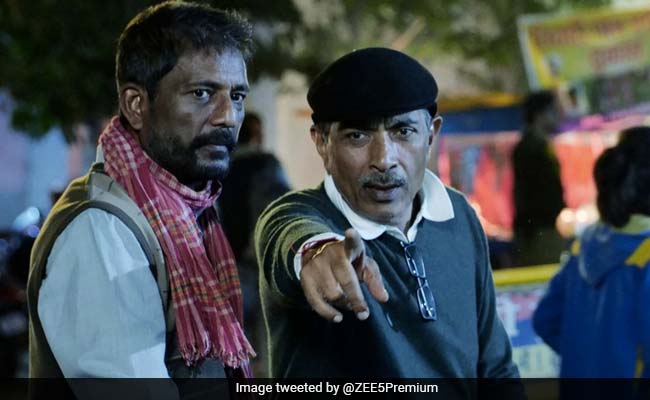 After Amitabh Bachchan and Ayushmann Khurrana's Gulabo Sitabo, national award-winning filmmaker Prakash Jha's next project - Pareeksha: The Final Test - will also release on an OTT platform. The film, starring Adil Hussain, Sanjay Suri and child actor Shubham Jha in main roles, will stream on ZEE5. The release date has not been announced yet. Pareeksha has now joined the list of Hindi films, including Vidya Balan's Shakuntala Devi and Janhvi Kapoor's Gunjan Saxena: The Kargil Girl, that have bypassed the traditional theatrical route to go with online release due to the coronavirus outbreak. Announcing their collaboration with Prakash Jha on their official Twitter account, ZEE5 wrote: "Very proud to collaborate with multiple national award-winning director Prakash Jha to announce our upcoming #ZEE5OrginalFilm Pareeksha - The Final Test, starring Adil Hussain, Sanjay Suri, Priyanka Bose."

Inspired by the real-life experience of IPS officer Abhayanand, former DGP of Bihar, the film revolves around the story of a rickshaw puller, who tries his best to provide a decent education to his son. Abhayanand, while serving as the police chief officer in Naxal-infested areas in Bihar, began coaching kids in the village to help them crack IIT-JEE exams. He also used to give free coaching to underprivileged kids along with mathematician Anand Kumar.

Talking about Abhayanand's story, Prakash Raj said in a statement: "Their success had a great impact in the crime-infested badlands of Bihar and made a difference. I felt compelled to tell this story and we have found a wonderful streaming partner in ZEE5, a platform which will give this subject the reach it deserves," reported news agency PTI.

Prakash Jha is known for directing and producing films with a socio-political theme, such as Mrityudand, Apaharan, Gangaajal, Raajneeti, Aarakshan and Chakravyuh. His last directorial project was Jai Gangaajal, in which Priyanka Chopra played the lead role.