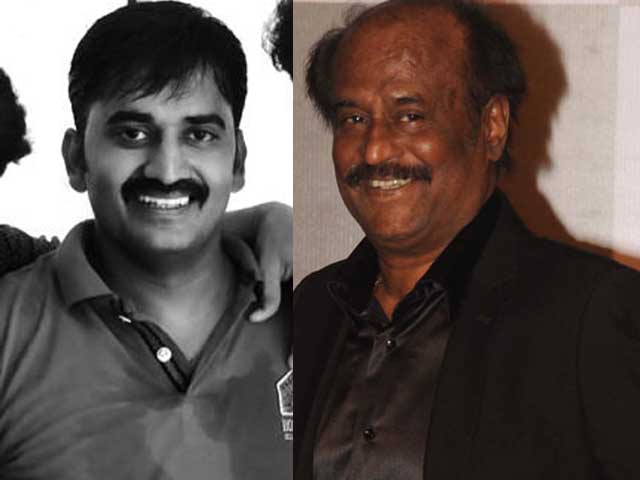 The image on the left was posted on Twitter by Karunakaran

Actor Karunakaran, who has teamed up with superstar Rajinikanth for the first time in forthcoming Tamil action film Lingaa, says he was touched when the latter showered rare appreciation upon meeting him on sets.

"I remember it was my first day on the sets of Lingaa. Director KS Ravi Kumar had just introduced me to the superstar, and I literally froze in awe. That moment became even more special when Rajini sir appreciated my performance in Soodhu Kavvum," Karunakaran told IANS.

Nalan Kumarasamy-directed Soodhu Kavvum was one of the best Tamil comedies of recent times. Karunakaran rose to fame with his role Arumai Prakasam, who kidnaps himself to extort money from his father.

Promoted
Listen to the latest songs, only on JioSaavn.com
"What really touched me was that he even remembered my character's name from the film. A rare compliment coming from Rajini sir meant a lot to me," he said.

Karunakaran, who has projects such as Kappal, Nanbenda, Kanithan and Mahabalipuram in his kitty, says he wants to "concentrate on doing films that meet audience's expectations".