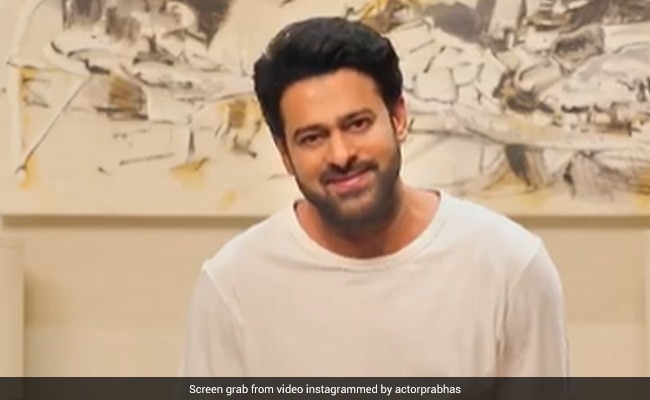 Prabhas has paid a heartwarming tribute to his uncle, veteran actor Uppalapati Krishnam Raju who died last week. He was 83. In memory of his beloved uncle, the Baahubali actor has shared a fan-made edit featuring glimpses of him and his late uncle from their respective movies. The clip highlights the similarity among the characters played by the actors over the years in their respective films. For the caption box, Prabhas has just used red heart and folded hands emojis. The video has become an instant hit on the social media platform. The comment section is filled with fire and heart emojis. A fan said, “Like uncle like nephew.” “Same mannerism,” wrote another. A person said, “Stay strong anna we are with you.”

Uppalapati Krishnam Raju, who was known as the “Rebel Star”, has worked in more than 180 films. He started his career with the Telugu movie Chilaka Gorinka in 1966. Some of his famous works include Jeevana Tarangalu,  Krishnaveni, Sati Savitri, and Rangoon Rowdy among others. Uppalapati Krishnam Raju is survived by his wife and three daughters.

Meanwhile, Prabhas will be next in Adipurush. The film is slated to hit the theatres on January 12. The release date announcement post was shared by the actor on Instagram. The text on the poster read, "Celebrating the victory of good over evil. On the auspicious occasion of Mahashivratri, announcing the release date. January 12, 2023." In the caption, Prabhas confirmed that the movie will see a "worldwide theatrical release in 3D."

Adipurush, directed by Om Raut, also stars Saif Ali Khan and Kriti Sanon. Saif will be seen as the antagonist Lankesh in the film, which is bankrolled by Bhushan Kumar under the banner of T-Series.