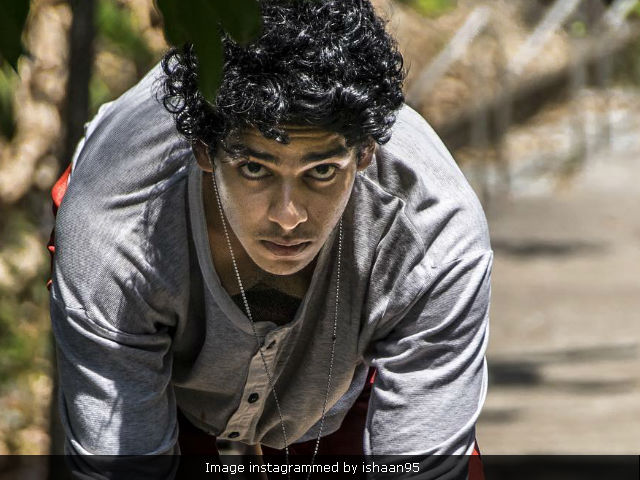 New Delhi: Shaihd Kapoor's brother Ishaan Khatter is all set to debut in Iranian filmmaker Majid Majidi's filmBeyond The Clouds, which is set in India. The makers have decided to release the film's first poster on Thursday during the Berlin Film Festival, reports IANS. Actress Deepika Padukone also gave a look test for the film last year but wasn't finalised for the part. Beyond The Clouds is jointly produced by Zee Studios and Eyecandy Films. Akash Chawla of Zee Studios and Shareen Mantri Kedia of Eyecandy films said that the first look poster of the film on the opening day of the Berlinale on February 9.

"This poster is Majidi's vision for the film and his special showcase of India seen from his lens and sets the tone of the project that the viewers can look forward to. We are excited about unveiling the first look of our film at Berlin film Festival and hope that everyone there shares and partakes in our enthusiasm with their positive response," Akash Chawla and Shareen Mantri said in a statement, reports IANS.

Beyond The Clouds is being shot in various parts of India and the film's music is composed by Oscar-winning composer AR Rahman.

Promoted
Listen to the latest songs, only on JioSaavn.com
Amar Kaushik, the chief assistant director told IANS Majid Majidi is going to create magic with the movie. "For me, he is the God of cinema and I am trying to use this opportunity to learn the art of filmmaking from the God himself. I cannot explain the feeling I have when I discuss shots and stories with him. It's like living in a dream," he said.