Poster Boys Box Office Collection: How much Poster Boys has made so far 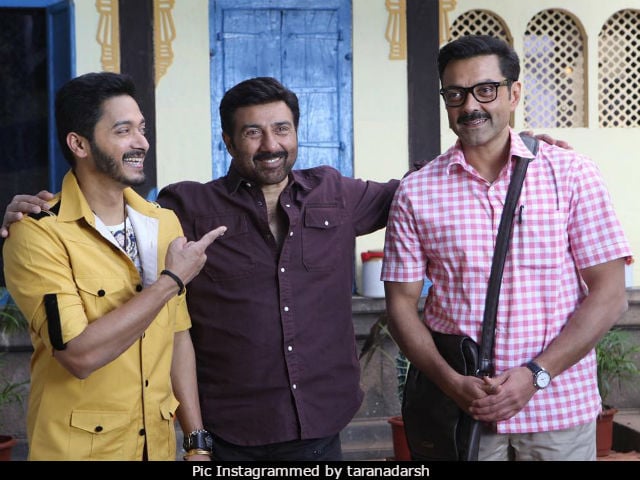 Poster Boys is a hilarious take on how the lives of three men - Jagaavar Chaudhry (Sunny), Vinay Sharma (Bobby) and Arjun Singh (Shreyas) - take an unpleasant turn after they accidentally feature on a vasectomy advert. Ahead of the film's release, which is Bobby Deol's comeback of sorts, the actor told news agency IANS: "Since a long time I have not done any film. It's been four years. When Shreyas told me the script of this film, I was excited and nervous because I have mainly played roles where either I am very rich or I am glamorous."

Promoted
Listen to the latest songs, only on JioSaavn.com
IANS review for Poster Boys says: "No obvious reason is spelt out in each case, except that the cause of the mishaps is assigned to the trio's misdeeds. It is only after they chance upon the objectionable poster that their paths unite. The film is their journey, from being humiliated to inadvertently becoming ambassadors of the campaign."

This Friday, Poster Boys hit screens along with Arjun Rampal's Daddy with Hollywood movies like Logan Lucky and IT joining in.