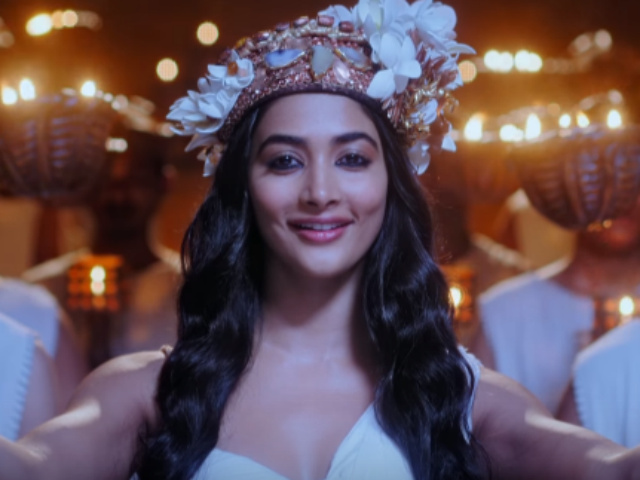 Pooja Hegde in a still from on Mohenjo Daro.

Mumbai: Newcomer Pooja Hegde never imagined that she will be working in a film made on Mohenjo Daro, a topic she found boring during her school days.

"I'd read the chapter on Mohenjo Daro in school and was so bored. I never imagined I will do a film based or set in that era. The younger generation is picking up history books again and are interested to know things," Pooja told reporters here at a promotional event of filmmaker Ashutosh Gowariker's period drama Mohenjo Daro, which stars Hrithik Roshan in the lead role.

"This film is Ashutosh Gowariker's version of Mohenjo Daro. I think it will generate curiosity among the audience about the story and the era," said Pooja.

"The first time I met Pooja was during a photo-shoot where we both had to look into each other's eyes. We had to romance. I was taken aback. The kind of courage and purity she has got on screen struck me. She is a special and rare talent. I am sure she will go a long way," said Hrithik.

Pooja, who has earlier done films in South, said that she is grateful to Mr Gowariker and Hrithik for her grand debut in Bollywood.

"There are lot of girls who had a great debut. But who had Hrithik Roshan? Thank you so much. Hrithik has been a very gracious person. He has been very encouraging. He was my friend whenever I needed help," said Pooja.