Pooja Bhatt says: "The satellite and digital space is where the audience for Cabaret lies" 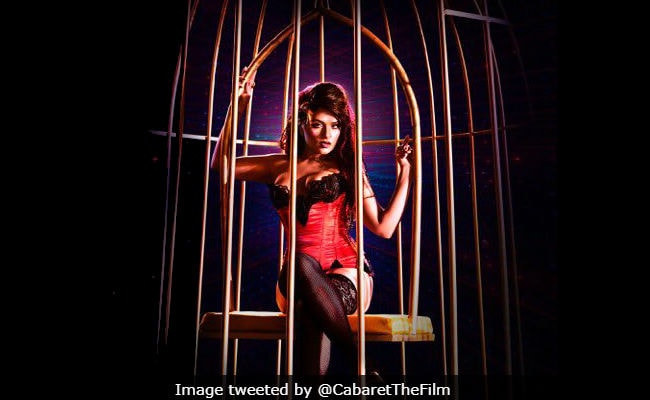 Remember Cabaret? Produced by Pooja Bhatt and starring Richa Chadha, the release of which was indefinitely postponed? Well, here's good news - The film will now release on digital platform and Pooja Bhatt is quite excited about it. Speaking to news agency IANS, Pooja Bhatt said: "What I thought then was a roadblock turned out to be the universe conspiring to give Cabaret a platform that represents the future, which is now. The satellite and digital space is where the audience for Cabaret lies. A discerning lot who don't rush to the cinema hall on the first day, first show and prefer instead to consume their entertainment at their time and comfort."

Cabaret will be aired on Zee's digital platform on January 9. Recently, Pooja's father Mahesh Bhatt collaborated with the channel for the web-show Phir Teri Kahaani Yaad Aayee. "I'm glad... Even while it's delayed, it's getting the right platform and the fact that the trailer's getting a great response proves that good content will always find its way. Web is the future."

Pooja Bhatt recounted that her own debut was vis-a-vis a digital platform. "My launch came from Daddy, a film produced by Doordarshan. The industry then questioned why Mahesh Bhatt was launching his daughter in a TV film but the medium enhanced the films and ensured it still resonates in people's hearts," she said.

Actress Richa Chadha, who plays the lead role in the film, is also excited about showing the film to her fans. "Cabaret is going straight to digital. I am glad the producers Pooja Bhatt, Waves and T-Series have sorted all the problems. All our hard work will finally be seen by the audience," she said. Richa has earlier featured in Amazon's web-series Inside Edge.

Speaking about casting Richa Chadha in the film, Pooja Bhatt told IANS that initially she had almost cast a newcomer in the film but 'Richa's face kept returning to her mind.' She told IANS: "It was a close call but then I realised it was too much to expect a newcomer to deliver what the character required. It's a very difficult role. When I mentioned her (Richa Chadha) for the role, some people told me she was too desi but I feel the sensuous side of Richa is ready to be tapped. I asked her to meet me... I told her I want her to do Cabaret. We were both on the same page on this. Richa knew she'll have to work very hard to get a cabaret dancer's body language right."

Cabaret also stars Gulshan Devaiah, with whom she has earlier co-starred in Ram Leela, and Sreesanth, who was recently seen in Bigg Boss 12. Cabaret is directed by ad filmmaker Kaustav Narayan Niyog.