In Pooja's latest entry on Instagram, the couple look phenomenal 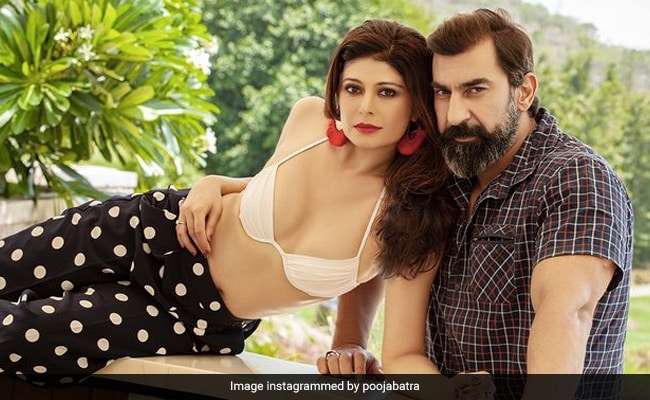 Pooja Batra, on Friday, lit up Instagram by sharing a photo of herself and her husband that she "really likes." Pooja Batra married Nawab Shah in 2019. In her latest entry on Instagram, the couple look phenomenal. Pooja can be seen sporting a white bra and black trousers with white polka dots on them. Nawab Shah complements her in a dark checkered shirt. Sharing the photo, Pooja Batra wrote: "I really like this picture of us." She added: "Hope you like it too." Her post was within minutes flooded with comments like "adorable couple" and "beautiful photo...you both look great."

Pooja Batra and Nawab Shah's aforementioned picture is from their photoshoot in 2019. How do we know this? The actress recently posted a photo of herself in similar outfits. Take a look:

Pooja Batra made her debut in Bollywood with the 1997 film Virasat, in which she co-starred with Anil Kapoor and Tabu. She has featured in several Hindi, Telugu and Tamil films like Sisindri, Vishwavidhaata, Saazish, Haseena Maan Jaayegi, Kandukondain Kandukondain, Kuch Khatti Kuch Meethi, Nayak: The Real Hero and Hum Tum Shabana among many others. Her last Bollywood film remains the 2017 psychological thriller Mirror Game.