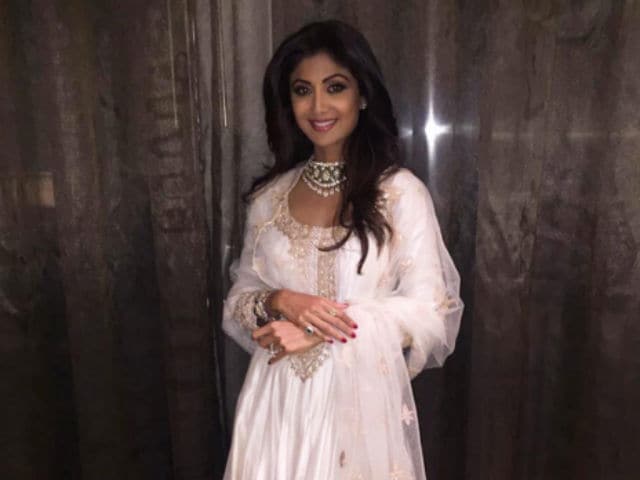 New Delhi: There were no midweek blues for actress Shilpa Shetty who hosted a dinner party for friends, including actor R Madhavan and his wife Sarita Birje, on Wednesday at her Mumbai residence.

Shilpa, 40, who is married to businessman Raj Kundra, shared images on social media.

One selfie to rule them all:

A photo posted by Shilpa Shetty Kundra (@officialshilpashetty) on May 4, 2016 at 1:39pm PDT

Take a look at the sumptuous spread. Shilpa does have an eye for the unusual and that rule applied to the dinner menu as well. Rajma chaawal with tacos does sound unique:

Friends over, all Indian menu with a twistEver heard of Rajma chawal with taco crisps and frozen litchis with Rabdi#foodcoma #dinnerwithfriends #unusual #innovative #menu

A photo posted by Shilpa Shetty Kundra (@officialshilpashetty) on May 4, 2016 at 1:13pm PDT

A photo posted by Shilpa Shetty Kundra (@officialshilpashetty) on May 4, 2016 at 1:44pm PDT