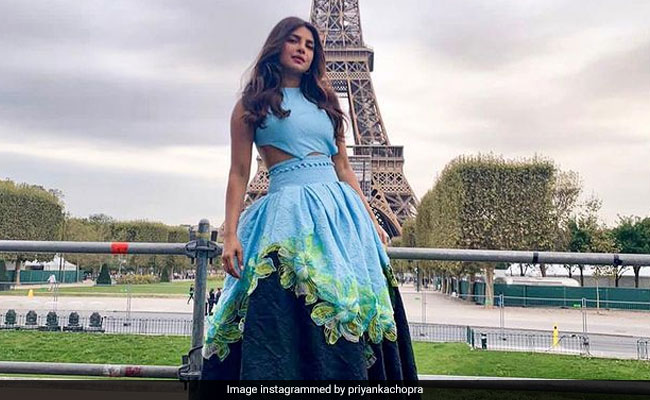 Priyanka Chopra, a star who sports many hats, hosted a segment of the Global Citizen Concert in Paris on Saturday. On her Instagram stories, Priyanka shared glimpses of her itinerary leading up to the event's climactic moment and eventual wrap. After she was done with her hosting duties, Priyanka Chopra couldn't resist but have a mini photoshoot with the Eiffel Tower in the backdrop. For the Global Citizen Festival, Priyanka Chopra opted for a Prabal Gurung ensemble with a theme that resonated the purpose of the international event - "I love my earth." Priyanka Chopra's floor sweeping gown was adorable with floral cut-outs in the colours of Earth - blue and green.

"An evening in Paris," Priyanka Chopra captioned her post, which wowed her husband Nick Jonas. In the comments section, Nick dropped the heart-eyed emoji along with one word: "Wow." 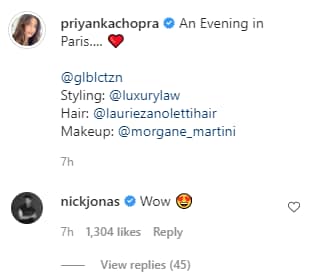 The Global Citizen Concert aims to raise funds to end global hunger and provide means for 41 million people, raise awareness about climate change and vaccinate the world against COVID-19. While sharing a video of Elton John performing at the concert in Paris, Priyanka Chopra wrote: "Over the next 24 hours, we are going to see the world of politics, music and activism come together with two urgent goals: to defend the planet and defeat poverty." 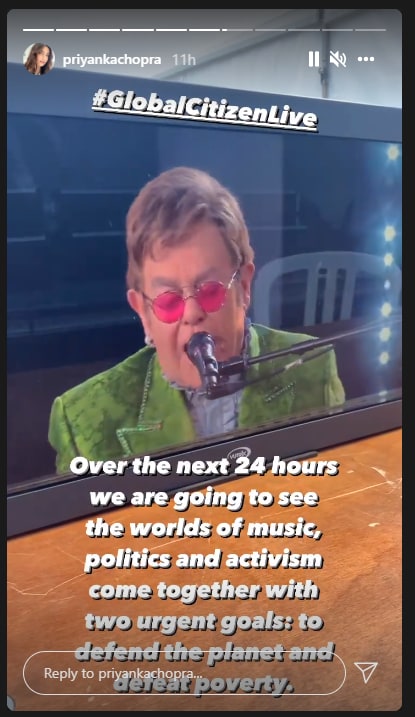 Priyanka Chopra is a woman of many talents - apart from being a global icon, she is a UNICEF Goodwill Ambassador, an investor in dating app Bumble, own the haircare brand Anomaly, a producer who promotes regional cinema back home in India and is also the author of her memoir titled Unfinished.

In terms of work, Priyanka Chopra's impressive line-up of Hollywood films includes Text For You, Citadel, a wedding comedy with Mindy Kaling and the fourth Matrix movie. Back home, Priyanka Chopra recently announced a road trip movie with Alia Bhatt and Katrina Kaif - it will be directed by her Dil Dhadakne Do co-star Farhan Akhtar.