Pedro Review: The film is marked by a keen sense of place, which enhances its tone of documentary realism. 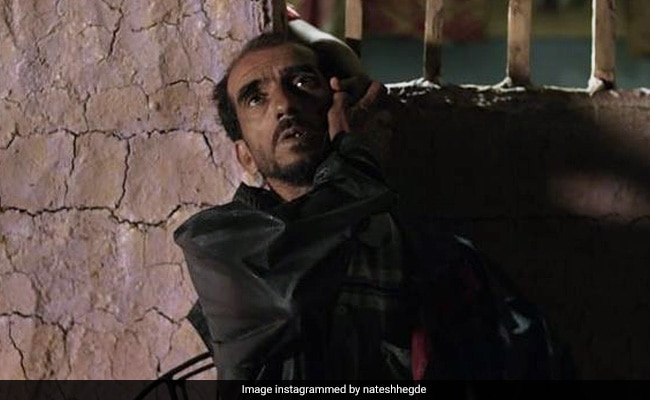 A still from Pedro. (courtesy nateshhegde)

The sound of rain, the rustle of leaves, the whistle of winds and the stillness of stagnant water pervade Pedro, Natesh Hegde's debut feature. In the process, they create an alluring soundscape. To be sure, the rhythms of Nature are only a part of the sure-handed Kannada film. Taken in its entirety, Pedro is a quietly searing portrait of isolation, insularity and intolerance couched in the colours of a lush landscape.

At the centre of the film is a very, very ordinary man's very, very ordinary struggle against exploitation, exclusion and prejudice. The writer-director employs muted, minimalist methods to tell a story of shocking schisms and their repercussions in a place where nothing seems to stir on the surface in a palpable manner.

The film plays out languorously in a sparsely populated village in a remote nook of the Western Ghats where the titular character, a part-time electrician and odd jobs man, runs afoul of his community following an 'accident' that infuriates a religious vigilante and his cohorts. Plans are hatched to make the deviant pay for his sin. It is a demonstrably unequal battle. Every timorous act of 'assertion' or 'defiance' by Pedro, who lives with his mother and the family of his brother, only pushes him further beyond the pale.

Pedro, which premiered on Saturday in the New Currents competition of the 26th Busan International Film Festival, is marked by a keen sense of place, which enhances its tone of documentary realism. It helps no end that Pedro is portrayed by Gopal Hegde, the director's father.

The amateur actor blends with the universe of the film without having to make any apparent effort - hardly surprising because this is never-seen-on-the-screen part of the world is where he and the director belong. Natesh Hegde was born and raised precisely where Pedro is situated. Several other cast members are his relatives and acquaintances.

Interestingly, Pedro is as much about belonging as it is about being an outsider. It alternates between the meticulously granular - scenes in a dimly-lit village bar where drunks let down their guard and provide a peep into themselves and the world they inhabit - and the evocatively wide-ranging, as in a crucial Pugudi sequence in which religious fervour peaks and sharpens the divide between a self-appointed guardian of morality and a victim of a brazen process of othering.

The story stems in large part from the personal experiences of Natesh Hegde's electrician-father. The writer-director blends real-life incidents with sharply detailed fictional elements to underscore the overwhelming alienation that the voiceless have to confront even in places that are an integral part of who they are.

Hegde had done pretty much the same in his first short film Kurli (Crab), about a servant who steals bananas from a farm, a 'crime' that inevitably places him and his three children at odds with the landlord and his son. The story of Pedro is, in a way, an elaboration on what Kurli had sought to convey. Significantly, Pedro is produced by actor-director Rishab Shetty, who also bankrolled Kurli.

Pedro's troubles go beyond his equations with a landowner who uses his services at his own whims and fancies. Likewise, the landlord's control over Pedro's life isn't confined to the farm alone. It extends into the cramped home that Pedro shares with Julie (Medini Kelamane), the wife of his estranged brother Bastyava (Nagaraj Hegde), and her son Vinnu (Charan Naik).

He is an 'outsider' in his own home. His brother, who has been thrown out of the house on account of his drunken and boorish ways, detests Pedro. The landlord barely tolerates him. An indiscretion committed in a drunken state lands Pedro in big trouble.

The village at large, represented by a particularly vociferous man (Raj B. Shetty), who remains unnamed and is identified merely as 'Vigilante' in the end credits, turns against him.

The painfully reticent Pedro - his silence smacks of servility - is the village's go-to man for all reasons but his all-round utility gives him no power over his own destiny. He works alongside Raju (Vinay Hegde) to keep the village power supply lines up and running. But he is forever at the beck and call of Landlord Hegde (Ramakrishna Bhat Dundi).

The opening scene sets the film's tonal and visual ambience to perfection. A long, static take provides a deep view of a winding forest road. It is pouring with rain. Raju stands (close to the camera) under a power transmission tower, looking upwards and shouting curt instructions to Pedro. The latter is perched atop the tower. We see him only when he clambers down several minutes later.

A red Maruti van, which approaches from the farthest point in the depth of the frame, stops a few steps away from Raju. The man at the wheel, Landlord Hegde, says he needs Pedro at his farm to spray pesticide on his withering Areca nut plants. If he agrees, I will send him to your farm tomorrow, says Raju. Why wouldn't he agree? Hegde's question sums up the relationship between him and Pedro. The latter cannot afford to say no.The very next day, as Pedro sprays pesticide on the plants, Hegde ann0unces that the farm's alcoholic guard is dead and they need to visit the departed man's home to bring back the gun that was given to him for the job to keep boars and monkeys away. As Hegde drives back after collecting the weapon, he gives Pedro the gun and orders him to serve as the new guard.

Once again, Pedro has no choice. The very next day, he and his canine companion are at the farm to patrol its vast expanse. An untoward incident angers Pedro. In the heat of the moment, he acts in haste and sets off a chain of events that he has no way of controlling.

Natesh Hegde adopts an observational style in fleshing out the fate of Pedro, who is left to deal with conflict within his family and outside it with an air of resignation. His ostracism is multi-pronged. Pedro is othered by his family, his village, his community and, tangentially, by a nation riding a majoritarian wave. The turmoil in the man's life is conveyed in an undramatic manner but when it culminates, the disquiet is unsettling.

The film presents the ruptures that tear the protagonist apart from the village folk through subdued but highly expressive images (cinematographer: Vikas Urs) that communicate much more than words ever can. Violence, no matter who perpetrates it and who it is directed at, is suggested, never acted out on camera.

Pedro has no background score either. The narrative unfolds against an evocative sound design (by Shreyank Nanjappa) made up mostly of the chirping of birds, the grunting, mooing and growling of animals and winds blowing through the forest.

A couple of professional actors - the NSD-trained Medini Kelamane as a woman who nurtures her own plans in the face of increasing instability and actor-director-screenwriter Raj B. Shetty in the role of the rabble-rouser determined to set things right - extend great support to the amateurs in the cast. Not that they need it.

Gopal Hegde and the rest ease into the narrative with such phenomenal ease that there are times that one feels we are watching real people going about their lives. Well, these actors are indeed real people and the film that they are in is firmly rooted in a tangible, specific space and time. The combination yields a sharp-cut gem that shines bright while it delves into the depths of hate and darkness that the world has slumped into.