A countdown to Pathaan release - 55 days to go 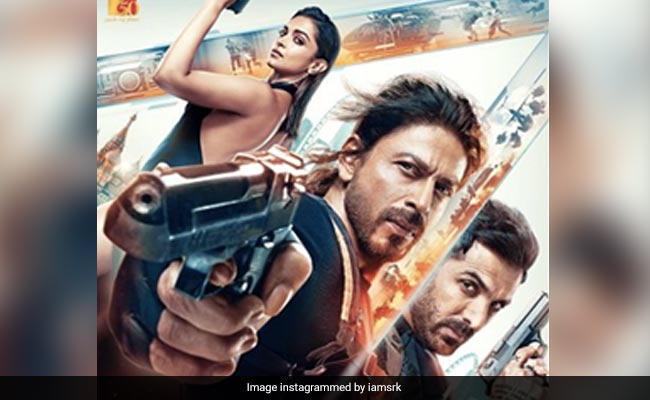 The makers of Pathaan marked the beginning of the month by sharing a blockbuster poster featuring the film's stars Shah Rukh Khan, Deepika Padukone and John Abraham. In the poster, Shah Rukh Khan can be seen intensely staring into the camera with a gun in his hand. To his left is Deepika Padukone, also with a gun in her hand. On the right is John Abraham, also armed. What's not to love about the poster? Sharing the poster, Shah Rukh Khan wrote: "Peti baandh li hai...? Toh chalein (Fastened the seatbelt?...So let's go then). #55DaysToPathaan. Celebrate Pathaan with YRF50 only at a big screen near you on 25th January, 2023. Releasing in Hindi, Tamil and Telugu."

On the occasion of Shah Rukh Khan's birthday, the teaser of Pathaan was shared by the makers. "Apni kursi ki peti baandh lijiye (fasten your seatbelts) ...Pathaan Teaser out now! Celebrate Pathaan withYRF50 only at a big screen near you on 25th January, 2023," SRK wrote.

Pathaan marks SRK and Deepika Padukone's fourth project together. Deepika Padukone debuted in Bollywood opposite Shah Rukh Khan in 2007 film Om Shanti Om and then they co-starred Happy New Year and Chennai Express - all three movies did well at the box office. This is the first time that John Abraham and SRK will be seen sharing screen space.

Pathaan, directed by Siddharth Anand and produced by Yash Raj Films, will release in Hindi, Tamil and Telugu on January 25, 2023. Excited much?