Pataakha Movie Review: With Sanya Malhotra's Full-Throated Performance, It's A Cracker Of A Film

Pataakha Movie Review: This is a cracker of a film that blends the dynamics of a rustic burlesque with a stylised cinematic sensibility. 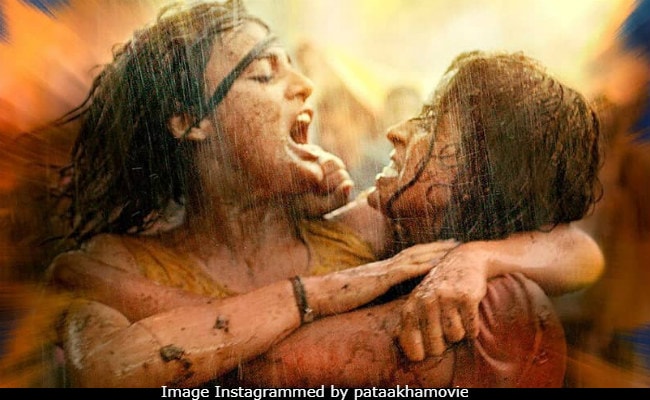 Pataakha Movie Review: A poster of the film (courtesy pataakhamovie)

Writer-director Vishal Bhardwaj, one of Hindi cinema's most daring fabulists, plunges headlong into the Rajasthan countryside to craft a wild, wicked ride through the fractious lives of two sisters who are forever at each other's throats. The violent confrontations and slanging matches between the two siblings, which resemble a form of a rural, dusty bloodsport, are lapped up by cheering villagers even as their father tries to broker peace between them, more often than not without success. But in the initial parts of Pataakha, filmed with characteristic elan and individuality by DoP Ranjan Palit, the audience has no way of guessing that this is an allegory about India and Pakistan. When the film reveals its hand and talks of war and batwara, it assumes pacifist undertones.

Pataakha is its own beast, a film that stomps its way untrammeled through a landscape defined by two feisty girls who are the very antithesis of the Hindi film heroine. They are shabby, unkempt and completely carefree: their femininity isn't aimed at inveigling the audience and is frequently interrupted by their all-out brawls and arguments. They do have boyfriends, but the twosome holds all the cards. The men are allowed to think that they have the measure of the girls. The reality is that they don't. They are, in fact, pliable putty in the hands of the two sisters.

Adapted from Charan Singh Pathik's story, Do Behnen, Pataakha is a cracker of a film that blends the dynamics of a rustic burlesque with a stylised cinematic sensibility. Bhardwaj resorts to a loud theatrical manner in telling the tale of a deep divide. The style is buttressed by a propulsive musical score (by the director himsefl) and a pair of no-holds-barred, lusty, full-throated performances from Sanya Malhotra and debutante Radhika Madan. Vijay Raaz as their feckless father and Sunil Grover in the role of an itinerant salesman of sundry products also give strong accounts of themselves. Together, they turn Pataakha into a rousing, rambunctious, rattling movie.

Radhika Madan is Champa Kumari alias Badki, who dreams of owning her dairy. Sanya Malhotra is cast as Genda Kumari alias Chutki, who is determined to educate herself. The two are poles apart but are bound by the contempt. The men in their lives - Jagan (Namit Das) and Vishnu (Abhishek Duhaan) - are instrumental in taking the girls away from their village, but their skirmishes do not end. If anything, the run-ins only turn worse. 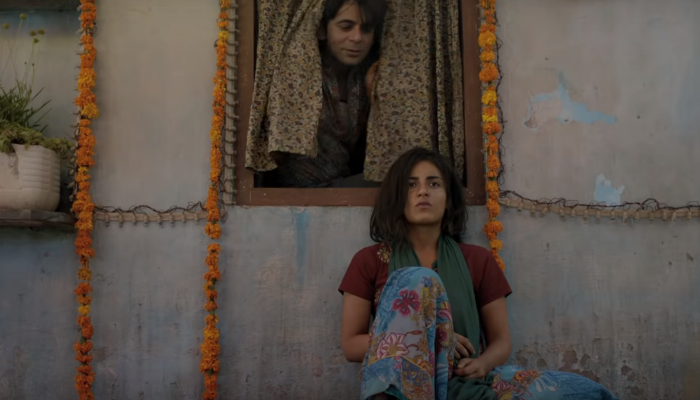 Pataakha Movie Review: A still from the film (courtesy YouTube)

Never have two Bollywood heroines been as dishevelled and misbehaved as Badki and Chutki. They are rambunctious, foul-mouthed and completely unmindful of how they look. But when one of the sisters dons a tight, cold-shoulder, the other filches it and triggers fisticuffs in pouring rain. The slush in which they wrestle is a metaphor for the state of their relationship - fraught with hate and distrust.

Pataakha allows the girls no real gentle moments. Their exchanges with their boyfriends border on the unruly. Romance isn't their cup of tea and any suggestion that it might be time for them to find life partners is dismissed with disdain. Dipper (Sunil Grover) is the only confidant Badki and Chutki have, but they are both beyond the niceties of wise counsel. 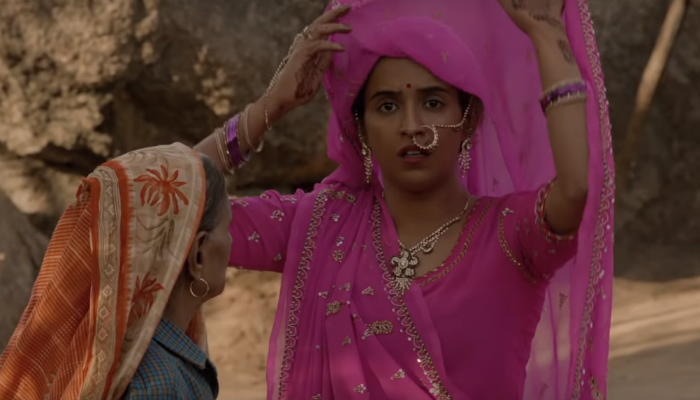 Pataakha Movie Review: A still from the film (courtesy YouTube)

Their grimy lives are matched by the unpretty locales, which are mostly shot in natural light. The editing rhythms (A. Sreekar Prasad) enhances the film's jauntiness. The night scenes are often enveloped in unalloyed darkness. The dim patches in the girls' journey towards light reflects the grimness of their battle against their inner demons, which burst out of their confines in startling, unsettling ways. At the risk of over-reaching, Bhardwaj takes liberties with both form and substance here. That has been a feature of his filmmaking of late. It cuts both ways. It could be either hugely exciting and provocative or utterly uncontrolled and hard to fathom. In the case of Pataakha, the former is true more often than the latter.

For sure, Pataakha isn't for all palates. Some of its passages flirt with excess, but the shrillness that informs them seems in order when seen in the context of the film's larger message. Take it or lump it, Pataakha packs exaggerated flourishes of the kind that aren't all that common in Bollywood films that aren't strictly driven by mainstream impulses.