Partition -1947 movie review: A ride that sweeps too many elements of import out of the way and ends up on the wrong side of the quality line. 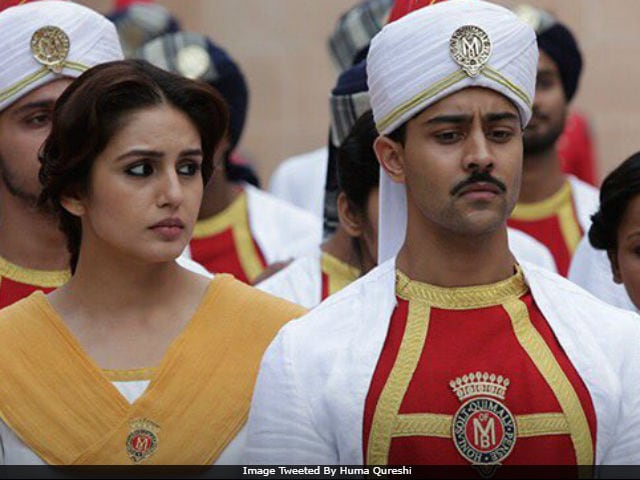 Director and co-writer Gurinder Chadha embeds a fictionalized Hindu-Muslim love story in her faux-historical pastiche about the Partition of India and its horrific fallout. The result isn't salutary. Instead of propelling the tale forward and lending it emotional traction, it turns out to be a spanner in the works. The low returns yielded by the furtive and fraught romance, which blossoms under the noses of the girl's blind freedom fighter-father (Om Puri) and her pro-Jinnah fiancé (Arunoday Singh), is symptomatic of much that is wrong with Partition: 1947.

The affair between Lord Louis Mountbatten's valet Jeet Kumar (Manish Dayal) and Aalia Noor (Huma Qureshi), an assistant to the Viceroy's daughter Pamela (Lily Travers), generates neither passion nor pathos. Ditto in the case of Partition: 1947 (the dubbed Hindi version of Viceroy's House, released in Europe in March) as a whole. The film is meant to drive home the enormity of the tragedy that was the Partition as well as highlight the culpability of the British Empire in shoving the subcontinent into a hate-filled cauldron. It does neither with any felicity. 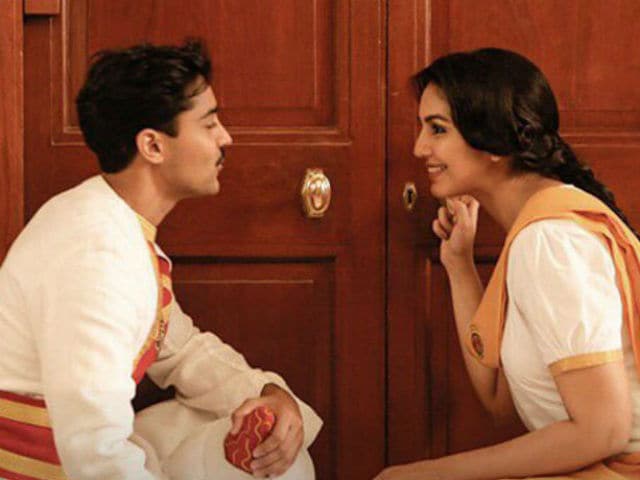 Partition: 1947 movie review: A still from the film

Chadha's period re-enactment focuses as much on the exalted representatives of the Empire as on their liveried servants as the two groups, each in its own way and at its own level, negotiate the challenges that stem from the plan to carve up the subcontinent into two new religion-based nations.

The Indian freedom struggle and its leaders get an occasional word in edgewise, but the film's spotlight is primarily on Mountbatten (Hugh Bonneville) and his wife Edwina (Gillian Anderson), both projected as noble-spirited and altruistic individuals whose love for India and its people overrides everything that their macro-level actions and reactions might imply.

When the Radcliffe Line tears Jeet and Aalia apart and compels them to go their own ways, the separation of the secret lovers arouses no emotion at all. That is the kind of film Partition: 1947 is - it deals with momentous and disturbing events, but is unable to draw the audience fully into the flow of its drama.

The dreadful repercussions of the dismemberment of India are presented as a series of political machinations, administrative derelictions and rising tensions in Partition: 1947. This is clearly outside the director's creative comfort zone. Chadha is known worldwide for her intimate, often amusing, takes on the immigrant experience in the UK (with Bhaji on the Beach and Bend it Like Beckham being the best examples).

Here, the sheer vastness and complexity of the subject compel her to scale up her cinematic ambitions, seek dividends in grand scenes in which the likes of Mountbatten, Lord Islay (Michael Gambon) and Sir Cyril Radcliffe (Simon Callow) discuss the spoils of independence with Mahatma Gandhi (Neeraj Kabi), Jawaharlal Nehru (Tanveer Ghani) and Muhammad Ali Jinnah (Denzil Smith), and eventually falls well short of achieving the heft that a historical saga of this nature demands.

Partition: 1947 often wallows in the superficial and the superfluous while tracking the birth of free India from the arrival in Delhi of Mountbatten as its last Viceroy and the tumultuous months leading to the Partition of the subcontinent in the wake of the colonial government's decision to pull out of a land it ruled for two centuries. The moral lines are unequivocally drawn - on one side are the Mountbattens and Gandhi and Nehru, on the other are Jinnah and Churchill (who we see in black and white newsreels, in fading images, and with reference to a secret file that forms a crucial plot point).

Chadha tells the Partition story in a monotonous arc. Confined largely to high-level inner chamber parleys and happenings in and around the outhouses, the tale steers clear of the actual hurly-burly of the freedom struggle and the communal violence unleashed by the largest human migration in history. The cataclysmic developments are alluded to in lines of dialogue and in grainy archival footage, which, too, rarely feel anything but stilted and self-conscious in the manner that they are put to use. 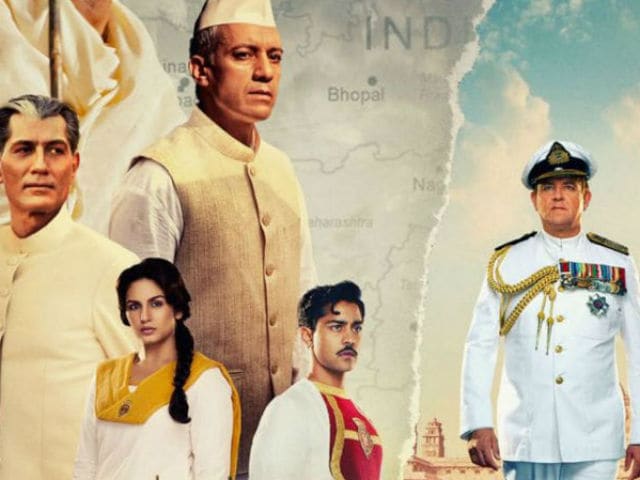 Drawing upon a couple of books, Larry Collins and Dominique Lapierre's Freedom at Midnight and Narendra Singh Sarila's The Shadow of the Great Game: The Untold Story of India's Partition as well as bits of her own family history - pertaining to a grandmother who went missing during the Partition riots, lost a daughter to starvation, and was found a few days later in a refugee camp and reunited with her family - and a whole lot of fiction to piece together the developments of mid- 1947.

Given the raw material that Chadha was working with, this should have been a soaring, stirring tale of the emergence of two new nations in bloody circumstances. Partition: 1947 does not deliver on that expectation. What we get instead is a rather mechanical spectacle of the world's powers-that-be playing clandestine geopolitical games, political figures trading accusations or making declarations of intent and, worst of all, the British architects of Partition seeking to absolve themselves of the ramifications of their self-serving decisions. The result is a wishy-washy, desiccated rendition of history. This is not as much an "upstairs/downstairs" view of the Partition (as Chadha has claimed in an interview) as an up and down account that caroms between the solemn and the cavalier.

Promoted
Listen to the latest songs, only on JioSaavn.com
Male lead Hugh Bonneville bears no resemblance whatever to Lord Mountbatten but the Downton Abbey star is an accomplished enough actor not to let the physical unlikeness come in the way of his interpretation of the historical figure. Gillian Anderson as Lady Edwina Mountbatten has to carry the burden of far too many cheesy lines. "You are ushering in the future," she tells her husband in one scene; in another, addressing the staff of Viceroy's House, she declares: "We are poised at a very important point of history". It isn't easy shaking off the deleterious effects of that sort of forced cloying 'clairvoyance'.

As for Manish Dayal and Huma Qureshi, the duo is stuck in poorly envisioned roles that pan out more in the manner of parts devised for mainstream movie love stories that thrive on coincidences and contrivances - chance meeting, separation, reunion, separation again, fortuitous reunion one more time. The pattern is all too familiar. The performances are par for the course.

Partition: 1947 would have worked infinitely better had Chadha played up the personal stories in her kitty - like, for instance, the one involving the Hindu head chef (Raj Zutshi) and his Muslim sous chef who can rustle up a scrumptious "lamb Wellington and bread and butter pudding", whose partnership is cruelly broken by the Partition. As a history lesson, this film is a ride that sweeps too many elements of import out of the way and ends up on the wrong side of the 'quality line' in the bargain.