"May this one bring all your dreams to life," wrote Parineeti Chopra 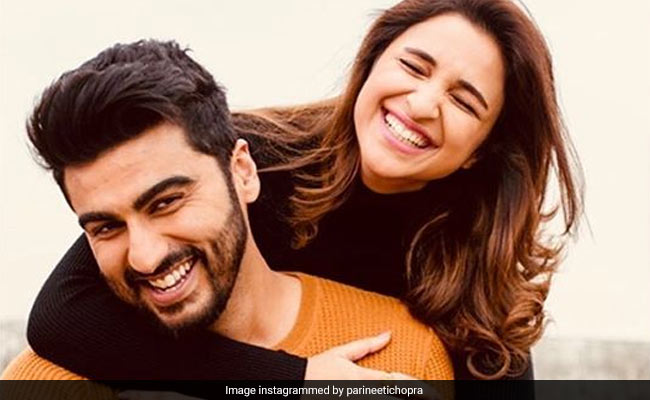 Parineeti Chopra, who has worked with Arjun Kapoor in Ishaqzaade, Namaste England and the yet-to-be released Sandeep Aur Pinky Faraar, posted a super cute picture with the birthday boy. She accompanied the picture with an equally adorable caption. Parineeti and Arjun are often seen trolling each other on social media (all in good humour, of course). The actress wrote in her birthday note, "Mere baba ka birthday. (gotta be nice to him once a year. Tough.) Happy birthday Babaaaa! May this one bring all your dreams to life."

Mere baba ka bday (Gotta be nice to him once a year. Tough.) Happy bday babaaaa! May this one bring all your dreams to life! @arjunkapoor

Parineeti Chopra has several projects in the line-up, which include the Saina Nehwal biopic, Sandeep Aur Pinky Faraar, Netflix's The Girl On The Train and Bhuj: The Pride Of India. Parineeti, who made her Bollywood debut with the 2011 film Ladies vs Ricky Bahl, is best-known for her performances in films such as Golmaal Again, Hasee Toh Phasee, Ishaqzaade and Kill Dill among others.