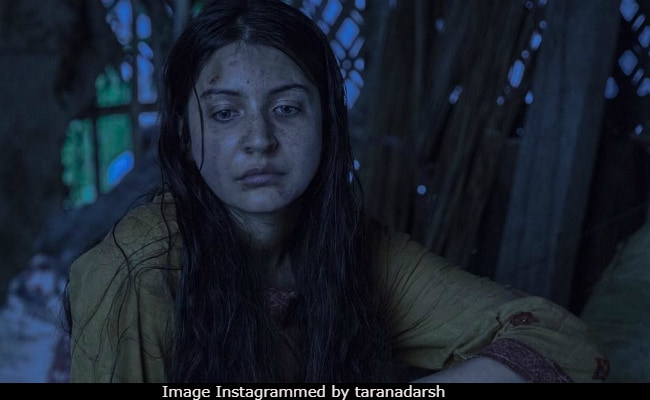 New Delhi: Anushka Sharma's new film Pari has recorded a score of Rs 22.75 crores in six days, reported trade analyst Taran Adarsh. The supernatural thriller arrived in theatres last Friday and had collected a sum of Rs 4.36 crores on Day 1. The film then went on to garner over Rs 10 crores during the weekend with more than five crores on each day. Pari's collection figures of Sunday has been the highest single-day collection the movie has witnessed so far. The movie started witnessing a dip in its collection digits Monday onwards. While Monday was still above RS 2 crores, Pari has consistently been making under Rs 2 crores in the days that followed.

This Friday, Pari was joined by Taapsee Pannu and Saqib Saleem's Dil Juunglee and Renuka Shahane's 3 Storeys. Luv Ranjan's Sonu Ke Titu Ki Sweety, which released ahead of Pari, continues to drag movie goers to the theatres and by almost the end of its second week, the movie stands at Rs 75.71 crores and counting.

Promoted
Listen to the latest songs, only on JioSaavn.com
Pari is Anushka Sharma's first movie after she married Virat Kohli in December and it also marks her third film as a producer. In his review for NDTV, Saibal Chatterjee wrote: "Pari will definitely be remembered for Anushka Sharma's spirited performance. It isn't difficult to see why she has put her money on the film. It gives her a role of substance and she does full justice to it."