Paras Chhabra Denies Allegations He Owes Money To Stylists For Bigg Boss 13: "Disgusting And Uncalled For"

"These are false allegations by the stylists to gain cheap publicity," said Paras Chhabra's spokesperson 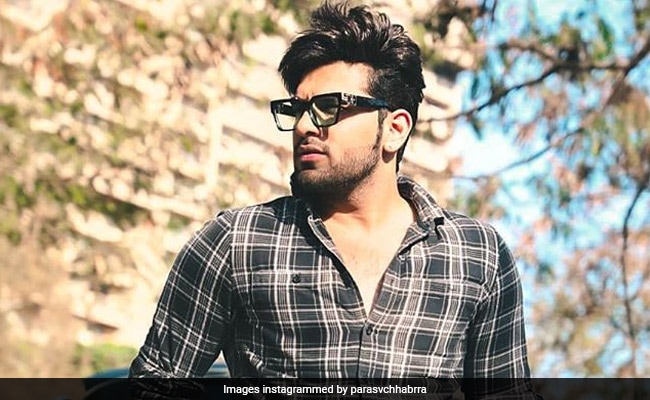 Bigg Boss 13 contestant Paras Chhabra appears to be in the midst of a controversy. The 29-year-old reality TV star has released a statement via his spokesperson denying claims that he owes any money to his stylists, who curated his wardrobe for Bigg Boss 13, reported news agency IANS. "These are false allegations by the stylists to gain cheap publicity. Nearly after two months if this is what they are trying to do, we call it disgusting and uncalled for," read an excerpt from the statement. The spokesperson dismissed allegations that made by the stylists, saying they had talks of a collaboration ahead of Paras' entry to the house and that no finances were involved in the deal.

"They have taken due mileage and credits from Paras as it was a pure collaboration and should value it and they had approached Paras for a barter deal and he is not liable to pay anything. Collaboration means there are no finances involved or anything that they are claiming," the statement read, IANS quoted Paras Chhabra's spokesperson as saying.

Earlier, speaking to SpotboyE, the two stylists had claimed that Paras Chhabra's ex-girlfriend Akansha Puri had been paying them for Paras clothes and shoes but she stopped the money following their split. Paras Chhabra sometime in December when he was still inside the Bigg Boss house due to his closeness with Mahira Sharma. "It is extremely unprofessional. Every time he says 'Mere GST issues chal rahe hain. (I'm having issues with my GST). Hence, I haven't got my prize money of Bigg Boss 13 and shall pay you only when I get it'," SpotboyE quoted one of the stylists as saying.

In the SpotboyE interview, the designer also alleged that Paras damaged some of the clothes and shoes during his stay in the Bigg Boss house and that they expect a compensation for that as well: "They are not in a condition to be returned and we are billing him for that as well," said one of the stylists.

Bigg Boss 13 ended last month with Sidharth Shukla as the winner. But Paras Chhabra was the only one of the six finalists to walk out of the show with Rs 10 lakh. Paras Chhabra is now part of another Colors TV show called Mujhse Shaadi Karoge, in which he stars with Bigg Boss 13 contestant Shehnaz Gill.