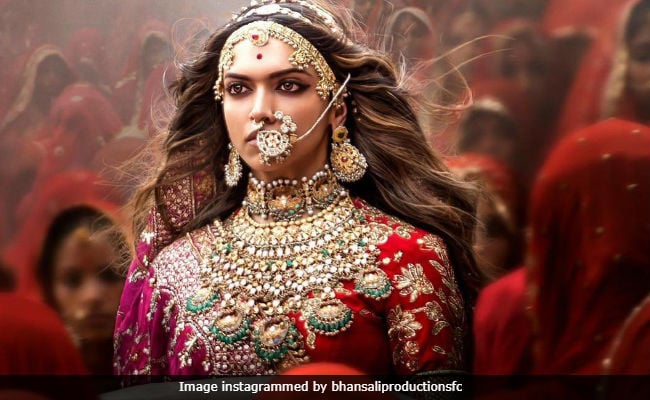 New Delhi: Actress Deepika Padukone, who described the jauhar scene from her new film "Padmaavat" as one of the most "special and challenging moments as an actor," told news agency PTI that her speech in the scenes was done in one take. "The jauhar speech was done in one take. I felt I would forget the lines. I did rehearsals for it. It was an intense moment on the sets. Everyone was quiet. They had kept three days for this but we did it in half a day," she said. Deepika and her new film have been praised by several critics and celebrities but the film has also received negative remarks for 'glorifying jauhar.' Actress Swara Bhasker recently wrote an open letter (which was published in The Wire) in which she said, "Women have the right to live - independent of whether men are living or not... You (director Sanjay Leela Bhansali) could have offered some sort of a critique of sati and jauhar in your film?"

"Padmaavat" is based on Malik Muhammad Jayasi's ballad Padmavat, which narrates the story of Rani Padmini's jauhar in 1301 when Alauddin Khilji and his army invaded the fort of Chittor. "I find her journey so relevant today," Deepika was quoted as saying. Before the film released, Deepika Padukone tweeted, "The jauhar scene is by far my most special and challenging moments as an actor."

Wow!Thank You so much Ram!Yes,the Jauhar scene is by faaaar my most special & challenging moments as an actor!& I cannot wait for you to witness it!Lots of Love! @Ramkamalhttps://t.co/FWuhEvbd4T