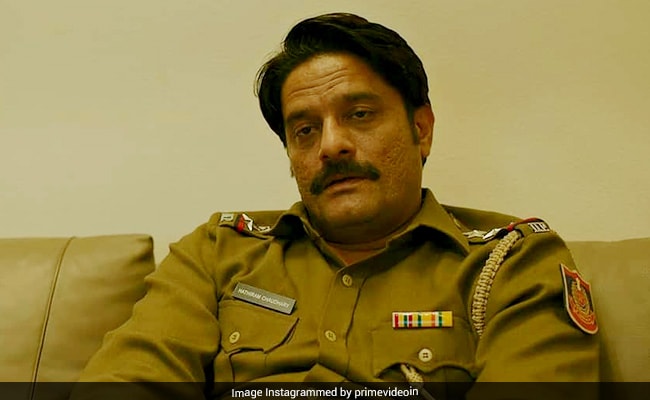 Jaideep Ahlawat in a still from Paatal Lok. (courtesy: primevideoin)

With the extended lockdown and a freshly served web-series on Amazon Prime, Twitter is hosting a meme festival and we are not complaining at all. We are not sure about heaven and hell, but if there was a place called meme lok, Twitter would be it. In case you missed all stock of memes inspired by the Anushka Sharma-produced show Paatal Lok, we've got you covered or as investigative officer Hathiram Choudhary aka Jaideep Ahlawat, says, "Mai sambhal lunga." Twitter users swapped the complex scenarios shown in show with some light real life situations. Take a look at these memes inspired by Paatal Lok.

Here's a meme that no parent would swear by. Okay, you got us. Count Hathiram Choudhary out.

Me thinking with my 1k rs I should buy one new dress or a new book
Every part of my brain be like:#PaatalLokpic.twitter.com/sDWYbrCFEA

If there was meme that could perfectly explain the scenarios of everyone's Instagram timelines during lockdown, this would be it. BRB, "Camera nikal."

Noone:
*people after making any dish*#PaatalLokpic.twitter.com/mhJKXUeLEM

Who would have thought this scene featuring a serious actor like Neeraj Kabi could have such a hilarious connotation. "When you and your friend are eating a pizza and the last two slices fall down on the floor. I won't judge you, if you don't judge me," read the tweet.

When you and your friend are eating a pizza and the last two slices fall down on the floor. #PaatalLokpic.twitter.com/ToMGN9czqh

If there's a dialogue that acquired a separate fan base, it was Jaideep Ahlawat's "Shastron me likha hua hai, par maine WhatsApp pe padha hai."

My mom after telling me tulsi adrak as corona vaccine#PaatalLokpic.twitter.com/29VF8jRo7C

Nostalgia alert! Let's face it, we all have been there.

When Maths Teacher is still teaching even after recess bell..
Students:#patalokpic.twitter.com/31q55uKCdJ

Turns out, Mumbai Police, known for its humour-infused posts, are also a fan of the "WhatsApp pe padha hai" meme template. Over the weekend, Mumbai Police shared this meme to encourage people to "expose fake news." Check it out:

When fake news peddlers are asked - where did you get this 'exclusive' news from?#NewsFromPaatalLok#ExposeFakeNewspic.twitter.com/SvHSgp4oJR

We were saving the best for the last. Anushka Sharma, who has produced Paatal Lok along with her brother Karnesh Sharma, shared her version of swarg, dharti and paatal lok. The collage had stills from her films Sui Dhaga, Pari, Sultan, Phillauri and Ae Dil Hai Mushkil.

Paatal Lok, starring Jaideep Ahlawat, Neeraj Kabi, Ishwak Singh, Gul Panag, Jagjeet Sandhu, Swastika Mukherjee, Vipin Sharma, opened to stellar reviews. In his review for NDTV, film critic Saibal Chatterjee gave the show 4 stars out of 5 and wrote: "Paatal Lok is its own beast. It plunges, unflinching, into an abyss and shines a light on the darkness at its heart."