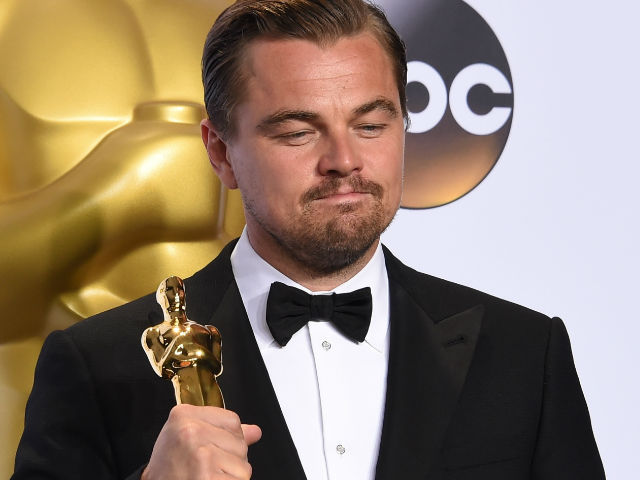 Leonardo DiCaprio poses with his trophy at the Oscars. (Image courtesy: AFP)

Leo's cold streak at the Oscars finally came to an end as he won the Best Actor trophy for his role of a wounded fur trapper seeking revenge in The Revenant. (Also Read - Oscars 2016: Complete List of Winners)

Really happy for team #Spotlight .. Loved that film.
And all that can be said about @LeoDiCaprio winning is.. Finally!!!

Sonakshi heaped praise on the actor's acceptance speech, where the 41-year-old actor discussed climate change and its impact on planet.

Thank u @LeoDiCaprio for bringing attn to climate change on the #Oscars stage. I think they should give u another one JUST for that.

I think there was more pressure on the #Oscars to give it to Leo, than on him to win it either way, he is beyond awesome and im glad!!!!!

Finally after 6 nominations @leodicaprio, a brilliant actor, wins the #oscar for a wonderful performance in #TheRevenant

'I'm not taking tonight for granted' @LeoDiCaprio ... Andddd that's how it's done #Oscar2016#finally#happyfangirl

And finally he takes the Oscar home!@LeoDiCaprio well done! https://t.co/O16LEpvCtU