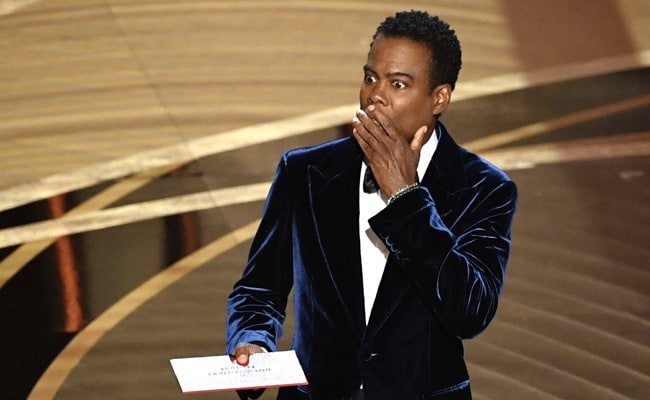 Chris Rock's distasteful humour about Will Smith's wife and actor Jada Pinkett Smith and the actor responding with a slap eclipsed everything else that happened at the 94th Academy Awards, including Will Smith's Best Actor win for King Richard. Here's a little background for those who require one. When Chris Rock appeared on the stage to present the award for Best Documentary Feature, he made a joke about Will Smith's wife and actor Jada Pinkett Smith being in "G.I. Jane" because of her appearance, which triggered the The Pursuit Of Happyness actor, who slapped Chris Rock and returned to his seat and yelled, "Keep my wife's name out of your f*****g mouth." Later, while receiving the Best Actor trophy, Will Smith apologised to the Academy and its nominees but not to Chris. He only apologised to him a day later on social media (more on that later).

While both Chris Rock and Will Smith have been on the receiving end of flak on social media, Chris Rock's upcoming comedy tour witnessed a surge in the sales after the infamous Oscars incident. An online marketplace for events tickets called Tick Pick tweeted, "We sold more tickets to see Chris Rock overnight than we did in the past month combined." Meanwhile, Variety reported that the platform "claim that ticket prices have surged since Sunday night, going up from a minimum of $46 per ticket on March 18 to a minimum of $341." Chris Rock is set to perform six shows at Boston's Wilbur Theatre from March 30 through April 1.

After the incident, the Academy tweeted a brief statement saying it doesn't "condone violence of any form." Meanwhile, Chris Rock has declined to file a police report, the Los Angeles Police Department said. Meanwhile, the Academy of Motion Picture Arts and Sciences have started a "formal review" of the situation. "We have officially started a formal review around the incident and will explore further action and consequences in accordance with our Bylaws, Standards of Conduct and California law," a statement from the Academy said, news agency AFP reported. On Monday, a brief tweet shared after the Oscars from the Academy's handle said it does not "condone violence of any form."

Meanwhile, Will Smith, who exclusively apoplogised to the Academy and the nominees on Monday, posted a public apology on Instagram, addressing Chris Rock, the Williams family and the Academy. Will Smith won Best Actor for his role as Richard Williams, father of tennis stars Venus and Serena.