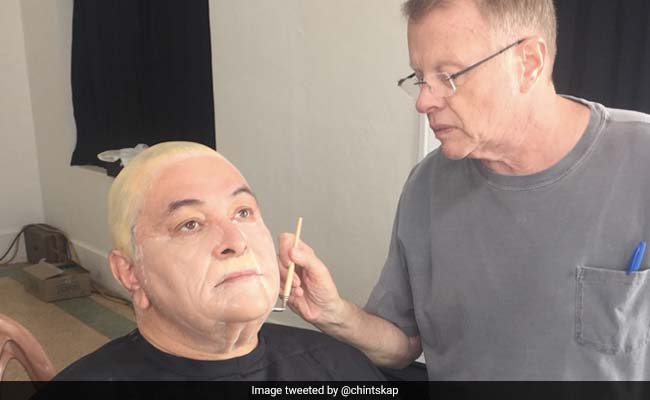 Remember the 90-year-old dadu from Kapoor And Sons, played by Rishi Kapoor? He was adorable, wasn't he? Now, why we are remembering him on the day of the 91st Academy Awards (Sunday night in Los Angeles, Monday morning in India) is because Rishi Kapoor just congratulated internationally reputed make-up artist (MUA) Greg Cannom for his Oscar win for Vice. Greg Cannom, who shares the honour with Kate Biscoe and Patricia Dehaney, created Rishi Kapoor's much-talked about look as the Kapoor patriarch in 2016 film Kapoor And Sons. "Congratulations, Greg Cannom, for your fourth Oscar for the film Vice. You did Kapoor And Sons with me. Bravo," tweeted the 66-year-old actor soon after the award was announced.

Congratulations Greg Cannom for your fourth Oscar for the film Vice. You did Kapoor& Sons with me. Bravo! pic.twitter.com/R0f5y1a8Ue

Directed by Adam McKay, Vice is a biopic on Dick Cheney - former Vice President of the United States - and has been much talked-about over Christian Bale's brilliant onscreen transformation into the character. Vice was one of the second-most nominated films at the Oscars this year, the other being A Star Is Born, with eight nominations each. At the Golden Globes earlier this year, Vice had six nominations but scored only one win for Christian Bale in the Best Actor (Musical/Comedy) category. Sam Rockwell plays former US President George W Bush in Vice.

Meanwhile, sharing a photo of his final look as Fawad Khan and Sidharth Malhotra's onscreen dadu from Kapoor And Sons, Rishi Kapoor added: "This was the transformation which took 5 hours daily. Kapoor And Sons. Cheers, Greg Cannom, from all of us. You are a genius!"

This was the transformation which took 5 hours daily. "Kapoor&Sons". Cheers Greg Cannom from all of us. You are a genius! pic.twitter.com/IFXsOLHdb0