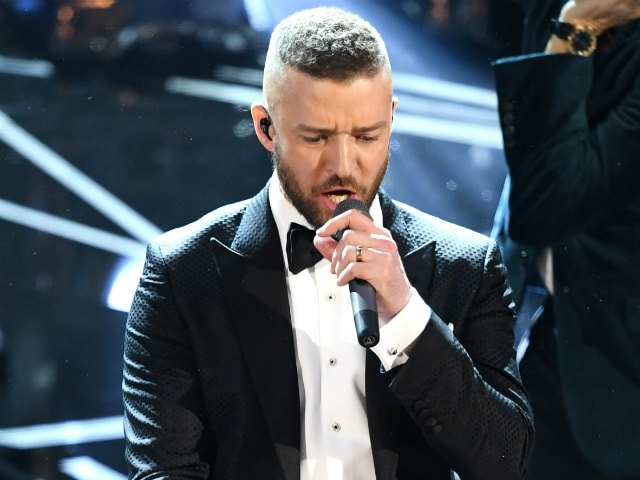 New Delhi: Justin Timberlake kick-started this year's Oscars with a high-on-energy vibe at Los Angeles' Dolby Theatre on Sunday night, which is Monday morning in India. Justin made everyone groove and tap their feet to his popular track Can't Stop The Feeling. Justin took the party from the stage to the seats in the audience and brushed past a stellar guest list also comprising La La Land stars Emma Stone and Ryan Gosling. Meanwhile, Justin made way for first-time Oscar host, late night TV show host Jimmy Kimmel, who began by his addressing the stellar audience with the words: "Congratulations everyone for your nominations tonight. I've never been to the Oscars before."

.@jtimberlake kicks off the #Oscars in style. Presented by @ATT. pic.twitter.com/VKYzD7cZTz

Jimmy Kimmel added a hilarious flavour to his introductory speech at the Oscars, touching upon topics like President Donald Trump, the diversity at the Oscars this year and actor-filmmaker Matt Damon. The Martian actor was called "fat" and "selfish" before the film Manchester By The Sea was invoked. The Matt Damon-produced drama stars Casey Affleck in the lead role and is nominated in five categories, including Best Actor and Best Director for Kenneth Lonergan.

Promoted
Listen to the latest songs, only on JioSaavn.com
"When I first met Matt, I was the fat one. He was very selfish but he did something very unselfish. He gave that role to Casey Affleck and made a Chinese ponytail movie instead and that movie went on to lose 80 million dollars," said Mr Kimmel.

Jimmy Kimmel also had the crowd cracking up when he referred to the films Hidden Figures and La La Land in his own way: "Black people say Nasa, white people say jazz."