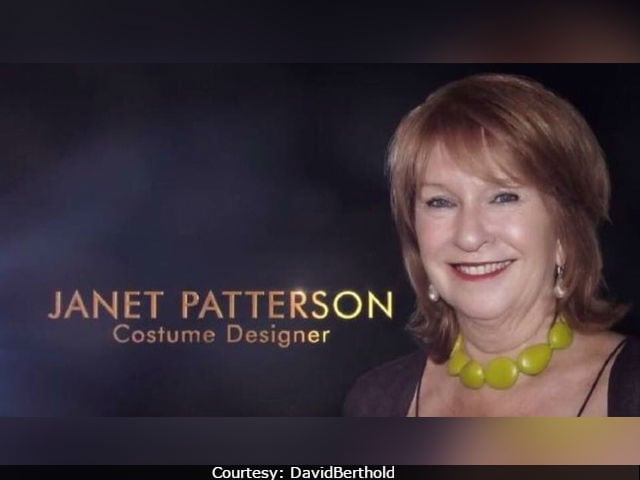 Oscars: The video segment played the information with a picture of Jan Chapman (Courtesy: DavidBerthold)

New Delhi: The Oscars ceremony this year was riddled with mishaps, a PR disaster of cinematic proportions. After the unfortunate La La Land and Moonlight mix-up at the 89th Academy Awards, and the mixed reactions that Jimmy Kimmel and Sunny Pawar's 'Lion King' moment drew, another gaffe - far graver than the Best Film oopsie because that was instantly and easily fixed - has emerged. As it turns out, during the In Memoriam section of the Academy Awards, the picture of a living woman was mistakenly used. Janet Patterson, an Australian costume designer and four-time Oscar nominee, died in October 2015. However, the video segment played this information with a picture of Jan Chapman - an Australian film producer who is still very much alive. Ms Chapman's photo accompanied the name and date of her friend, Ms Patterson.

Speaking to Variety, Ms Chapman said that she was 'devastated' by the mistake.

"I was devastated by the use of my image in place of my great friend and long-time collaborator Janet Patterson. I had urged her agency to check any photograph which might be used and understand that they were told that the Academy had it covered. Janet was a great beauty and four-time Oscar nominee and it is very disappointing that the error was not picked up. I am alive and well and an active producer," said Ms Chapman in an email to Variety.

Twitter lost no time in reminding the Academy that it had messed up:

Pic of my pal Jan Chapman- very much alive - was just featured in In Memoriam. #Oscars

#oscars also botched the 'in memoriam' showing a pic of the very much still alive Jan Chapman instead of the late Janet Patterson. I can't.

Promoted
Listen to the latest songs, only on JioSaavn.com
The Academy has yet to comment on the mistake.

The In Memoriam segment this year, presented by Jennifer Aniston, also honoured veteran actor Om Puri. Mr Puri, who acted in several critically-acclaimed movies, died on January 6 at the age of 66. The segment remembered Carrie Fisher, Prince and other members of the film fraternity whom the industry lost this last year. In her introduction, Ms Aniston paid tribute to actor Bill Paxton who died a day before the Oscars and wasn't included in the video. The montage was played to a live performance by singer Sara Bareilles.