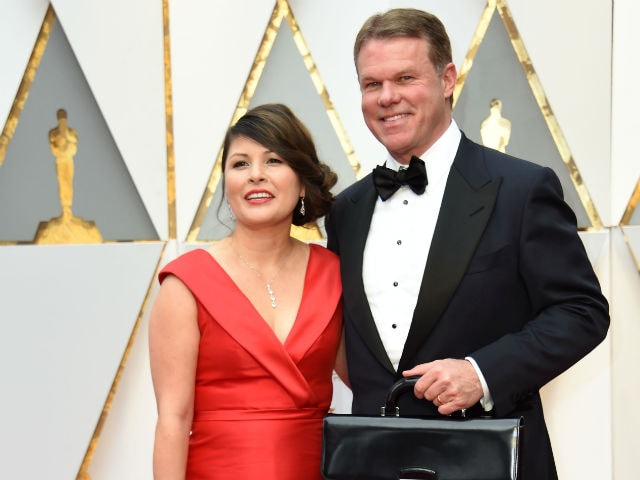 Washington: For the two accountants in charge of guarding the exalted Oscars envelopes, the final minutes of the 89th Academy Awards were supposed to be the culmination of weeks of hard work - a triumphant moment to cap off yet another prominent success. Instead, there was a historic, now-infamous error: The wrong envelope was handed to best picture presenters Faye Dunaway and Warren Beatty, and for nearly two excruciating minutes, La La Land was celebrated as the winner of cinema's most coveted prize - which rightfully belonged to Moonlight. Now, in the aftermath of the spectacular Oscars debacle, all eyes have turned toward veteran Pricewaterhouse Coopers accountant Brian Cullinan, after the firm identified him as the man responsible for the mistake.

"PwC takes full responsibility for the series of mistakes and breaches of established protocols during last night's Oscars," Pricewaterhouse Coopers said in a statement to The Washington Post. "PwC Partner Brian Cullinan mistakenly handed the back-up envelope for Actress in a Leading Role instead of the envelope for Best Picture to presenters Warren Beatty and Faye Dunaway."

It was a swift fall for Cullinan, who, just days ago, was immersed in the usual pre-Oscars routine: tallying ballots, cheerfully conducting interviews about his job as Oscar "ballot leader" and posing for photos - a smiling, charismatic fellow who, many have noted, bears something of a resemblance to actor Matt Damon. This was Cullinan's fourth year overseeing the meticulous and highly secretive Oscar balloting process, along with fellow PwC accountant Martha Ruiz.

And he was proud of his glamorous gig, as he made clear in a recent interview (which has since been removed) with the academy's public relations team. He talked about the extra measures involved in checking and re-checking the votes for every award category, and how he and Ruiz are charged with memorizing every single winner before the envelopes - two duplicate sets, one for each partner stationed on either side of the stage - are sealed.

He acknowledged both the simplicity and paramount importance of his role during the show itself: "It doesn't sound very complicated," Cullinan said, "but you have to make sure you're giving the presenter the right envelope."

But that obviously didn't happen, and some swiftly suggested that Cullinan's attention wasn't solely focused on the task at hand: Just moments before he handed the wrong envelope to Beatty, Cullinan tweeted a photo of best actress winner Emma Stone clutching her statuette backstage. The tweet has since been deleted, and Pricewaterhouse Coopers has not commented on Cullinan's social media use. (In a report Tuesday, People magazine quoted an anonymous source who said Cullinan had been specifically instructed not to tweet during the show.)

And the breakdown continued even after Dunaway announced the wrong film. Even though Cullinan and Ruiz should have known instantly that a grievous error had occurred, no one else in the Dolby Theater was aware of the mishap for nearly two full minutes - long enough for the cast and crew of La La Land to embrace, take the stage, and deliver several acceptance speeches for a prize they didn't actually win.

"Once the error occurred, protocols for correcting it were not followed through quickly enough by Mr. Cullinan or his partner," PwC acknowledged in its statement. The firm added: "For the past 83 years, the Academy has entrusted PwC with the integrity of the awards process during the ceremony, and last night we failed the Academy."

Tim Ryan, PwC's U.S. chairman and senior partner, told Variety that he had personally spoken to Cullinan, who was understandably distraught by the high-profile blunder.

"He feels very, very terrible and horrible," Ryan said. "He is very upset about this mistake. And it is also my mistake, our mistake, and we all feel very bad."

On Tuesday, the future of the 83-year relationship between Pricewaterhouse Coopers and the academy remained uncertain.

"For the last 83 years, the Academy has entrusted PwC to handle the critical tabulation process, including the accurate delivery of results. PwC has taken full responsibility for the breaches of established protocols that took place during the ceremony," the academy said in a statement released late Monday. "We have spent last night and today investigating the circumstances, and will determine what actions are appropriate going forward. We are unwaveringly committed to upholding the integrity of the Oscars and the Academy of Motion Picture Arts and Sciences."