'Once Again', Anushka Sharma Made Virat Kohli Look This Good 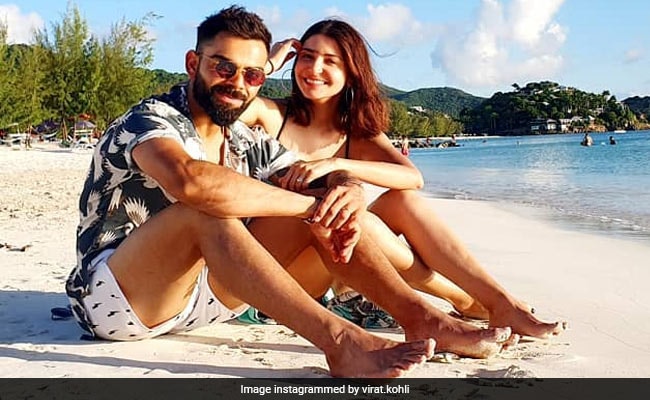 Anushka Sharma is keeping very busy these days - no, she hasn't announced a new film yet but with her self-appointed job as Virat Kohli's personal photographer. So cute, ya. The 30-year-old cricketer updated his Instagram page with a brand new photo of himself with photo credit to wife Anushka. "Pic credit once again - Anushka Sharma" he wrote along with the heart-eyed emoji. Anushka's framing of Virat in the photo is quite interesting - he just occupies one part of the frame while blurred out street lights form a dramatic backdrop. Where exactly the photo is from can't be said for sure but Virat, dressed in winter wear, added the snowflakes icon in the caption.

Earlier on Monday, Virat Instagrammed a close-up shot of himself with photo credit to Anushka."Caught in the moment," he captioned it but a tiny detail on Virat's tee in the photo caught the Internet's attention - it's an 'A' with a heart.

Anushka Sharma and Virat Kohli often do this to us - they share loved up photos of each other without revealing their holiday destination. For example, the Internet went into a tizzy as Virat and Anushka posed with goofy expressions for a viral selfie. Virat and Anushka had just touched down in Mumbai from India's tour of West Indies.

Ahead of that, Virat and Anushka made some sun-soaked memories in the Caribbean.

Virat Kohli was recently in Dharamshala with Team India for the Twenty 20 International (T20I) but the first match was called off as rain played spoilsport. The second T20I match is scheduled for Wednesday in Mohali. On the work front, Anushka Sharma will be producing Netflix original Mai next. She was last seen in Zero and is currently on a break from acting.