On The Sets Of Khatron Ke Khiladi 10 With Karishma Tanna, Karan Patel And Other TV Stars

Choreographer-actor Punit Pathak was the winner of the last season 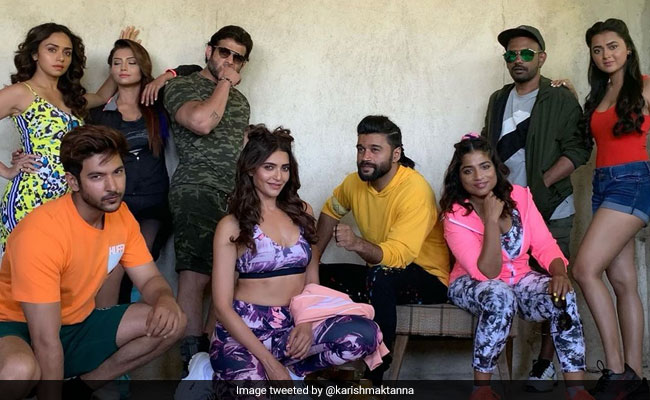 TV star Karishma Tanna, who is currently in Sofia, Bulgaria for the shoot of Khatron Ke Khiladi 10, has been actively sharing BTS pictures on her Instagram profile. On Wednesday, the 35-year-old actress posted a series of pictures, in which she can be seen cycling on the streets of Bulgaria. In the photographs, Karishma Tanna can be seen dressed in a neon green pair of shorts, which she topped with a matching tank top and jacket and we must tell you that Karishma's swag is just off the charts in the pictures. "Neon-ish," the actress captioned the post. Check out the pictures from Karishma's Bulgaria diaries here:

On Tuesday, the Naagin 3 actress posted a series of pictures along with her fellow Khatron Ke Khiladi participants. In the pictures, Karishma can be seen posing with Karan Patel, Dharmesh, RJ Malishka. Check out the pictures here:

The shoot of Khatron Ke Khiladi 10 began this month. The show will be hosted by filmmaker Rohit Shetty. This year, the list of contestants includes TV stars Adaa Khan, Tejasswi Prakash, Shivin Narang and Amruta Khanvilkar, Bhojpuri actress Rani Chatterji, RJ Malishka and comedian Balraj Sayal. Ahead of the show's shoot, the contestants shared pictures on their respective Instagram profiles.

And so it begins. Thankyou for all the love. Wish us luck I'm in Sofia as I type this with a very cool crew... till we see our first stunt that is I guess;) Ehat day boys and gulls? @adaakhann @amrutakhanvilkar @karishmaktanna @tejasswiprakash @karan9198 @shivin7 @balrajsyal @ranichatterjeeofficial @dharmesh0011

The ninth season of Khatron Ke Khiladi was won by choreographer-actor Punit Pathak. Besides the Simmba director, Akshay Kumar, Priyanka Chopra and Arjun Kapoor have hosted a few seasons of Khatron Ke Khiladi, which is an adaptation of the American television show Fear Factor.