"You have changed the world for the better and will continue to do so even in your absence," wrote Shweta Singh Kirti 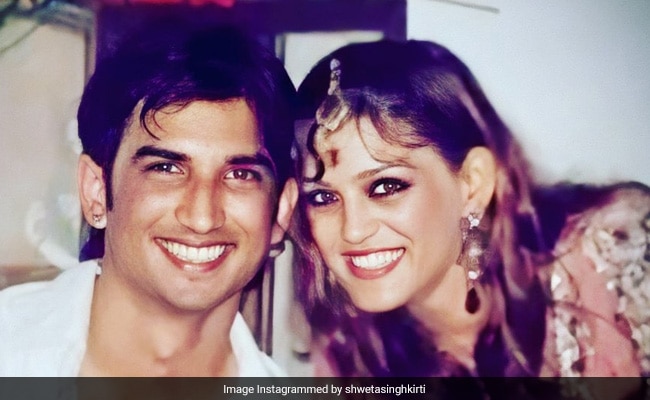 A throwback of Sushant Singh Rajput with sister. (courtesy: shwetasinghkirti)

Sushant Singh Rajput's sister Shweta Singh Kirti, who often shares memories of her late brother, added another one to her Instagram profile on her brother's 2nd death anniversary on Tuesday. Sushant Singh Rajput was found dead at his Mumbai apartment on June 14 in 2020. She remembered her late brother by posting a throwback picture on her Instagram profile. Her caption read: "It has been 2 years since you left your mortal abode, Bhai, but you have become immortal because of the values you stood for. Kindness, compassion and love for all were your virtues. You wanted to do so much for so many. We shall continue to model after your wonderful virtues and ideals in your honor."She added in her caption: "Bhai, you have changed the world for the better and will continue to do so even in your absence. Let us all light a lamp today and perform a selfless action to bring a smile to someone's face."

This is what Shweta Singh Kirti posted:

Sushant's sister often shares cherished memories in the form of throwback pictures on her Instagram profile. Here are some of the posts shared by her: