On Neetu Kapoor's Birthday, Her Most Memorable Songs With Rishi Kapoor

The queen of hearts of her era turns 63 today. 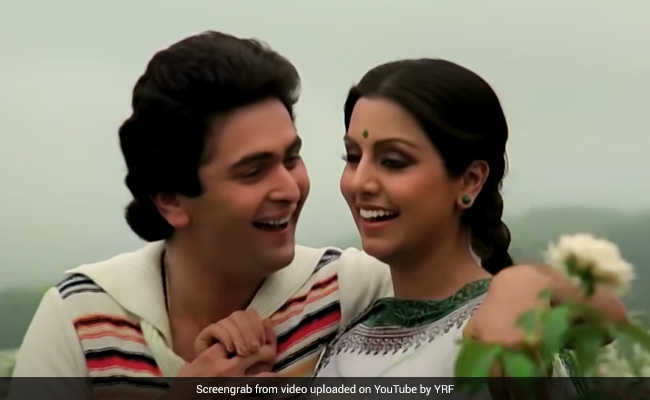 Neetu Kapoor had a much-needed birthday bash this year as she turned 63. Ranbir Kapoor, Alia Bhatt, Kareena Kapoor Khan, Karisma Kapoor were among those who celebrated the event with much furore. The pandemic years have been hard on Neetu Kapoor who lost her husband, actor Rishi Kapoor last year. But the next generation knew how to cheer up the lady who had stolen hearts in her heydays with her smile and flip of the hair. Here's to the charm of Neetu Kapoor as she stepped alongside Rishi Kapoor in these musical numbers. We have picked some of their best songs to celebrate her birthday.

From our parents' picnic days to our school musicals, this song has many fans, both young and old. The peppy number shows a cute Neetu Kapoor dancing in a blue minidress beside a youthful Rishi Kapoor.

This sweet and tangy number never loses its charm as it celebrates the love between these supercharged stars and partners in real life.

We've been hearing a remix version of this song in Google ads lately and it dates back to the days when Rishi Kapoor, in his rockstar avatar, tried to coax Neetu Kapoor in his love on and off the sets.

The pair had many supple romantic songs together and this is one of them. Watch the song here.

This number shows the duo playfully cajoling each other in a hilly garden. The setting could be a cliche of its times but the song and the two brought a spark to the scene.

We have another song in this list from the film Doosra Aadmi. It was shot on snow-clad mountains. Their youthful romance stole many hearts.

Another playful number by the duo sent many hearts tickling with the joys of the first flush of love and teasing.