On Friday The 13th, Vicky Kaushal's Bhoot Poster Will Give You Chills 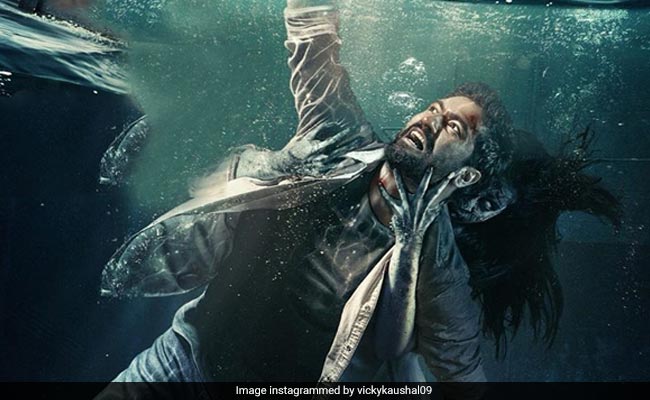 The makers of Bhoot: The Haunted Ship released a new poster from the film on Friday and it is definitely not for the faint-hearted. Vicky Kaushal, who will play the lead role in the film, announced his association with the horror film by sharing the film's poster on his Instagram profile. In the poster, Vicky Kaushal can be seen being pulled into the water by why appears to be an eerie figure. Vicky's expression in the poster is intense as he tries to escape. Sharing the film's poster, Vicky also revealed the film's release date and wrote: "Can't get away from the fear, can't get away from the terror. Help me escape The Haunted Ship on November 15, 2019 in theaters near you."

Meanwhile, Dharma Productions, who have backed the project, shared the film's poster on their official Instagram page and they wrote: "Fear all around, there's no escaping it. Help Vicky Kaushal escape The Haunted Shipon November 15, 2019 in theaters near you."

Without much ado, take a look at the poster of Bhoot here:

A few months ago, Dharma Productions shared a few glimpses from the film, in which Vicky Kaushal could be seen destroying a worn out ship. ICYMI, this is the post we are talking about:

On the work front, Vicky Kaushal was last seen in Aditya Dhar's Uri: The Surgical Strike, for which he was even won the National Film Award for the Best Actor. Vicky Kaushal has several projects in the line-up, which include Karan Johar's Takht and Shoojit Sircar's Sardar Udham Singh.