Kamal Haasan's Vikram teaser: "Once upon a time, there lived a ghost named Vikram." 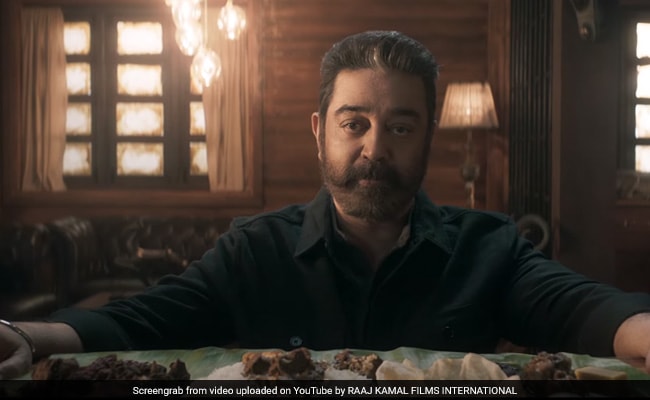 Happy to launch the title teaser of my film today; directed by Mr @Dir_Lokesh Enjoy!#ஆரம்பிக்கலாங்களா#என்வீரமேவாகையேசூடும்#vikram@RKFI@anirudhofficialhttps://t.co/TXKNKLho5n

In the teaser, Kamal Haasan is introduced gradually as a mysterious character who can be seen setting up a table for a gala feast. On one hand, he's preparing meals and on the other, he can be seen hiding ammunition under the table and in shelves. Kamal Haasan's guests can be seen wearing masks as they get ready to savour the meal - as soon as they start the feast, Kamal Haasan switches to a violent avatar. The teaser dramatically ends on a cliff-hanging note with these words: "Once upon a time, there lived a ghost named Vikram."

Earlier in September, the film's team announced Kamal Haasan's new film and among them was composer Anirudh Ravichander, who shared the big news and tweeted about his excitement over the new project: "Excited to be scoring for Kamal Haasan sir in a Lokesh Kanagaraj directorial."

Vikram will be produced by Kamal Haasan's Raajkamal Films International. Vikram is slated to release in "summer 2021." The shooting of the movie will "commence soon."