"We are missing spending your birthday with you," wrote Karisma 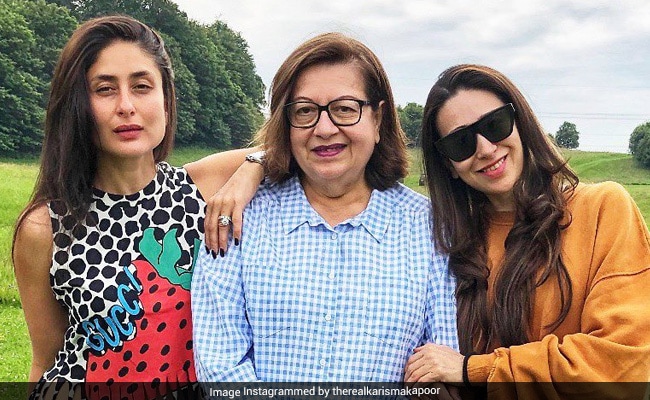 Happy Birthday Babita! Kareena Kapoor and Karisma Kapoor wished their mother Babita in the sweetest way possible. For her mom's birthday, Kareena rummaged through dust-caked albums and fished out a priceless throwback picture of her parents, Randhir Kapoor and Babita. In the picture, Randhir Kapoor and Babita can be seen holding their hands as they pose for the camera. Sharing the throwback picture, the Jab We Met actress referred to her mother as the "queen" and wrote, "Happy birthday queen." While Kareena dug out a throwback picture, Karisma chose a relatively recent picture to wish Babita. The Mentalhood actress shared a picture featuring mom Babita and sister Kareena, where the trio can be seen posing for the camera. In the picture, Babita, flanked by her two daughters, can be seen smiling with all her heart. Sharing the picture, Karisma wrote, "Happy birthday mom. We are missing spending your birthday with you."

Happy birthday mom we are missing spending ur birthday with you...

Babita was among the top crop actresses in the seventies and she is best-known for her roles in films such as Kab? Kyoon? Aur Kahan?, Bikhare Moti, Raaz, Kal Aaj Aur Kal and Aulad among others. She was last seen in the 1973 film Sone Ke Hath.