On Aranyak Day, A Reminder From Raveena Tandon 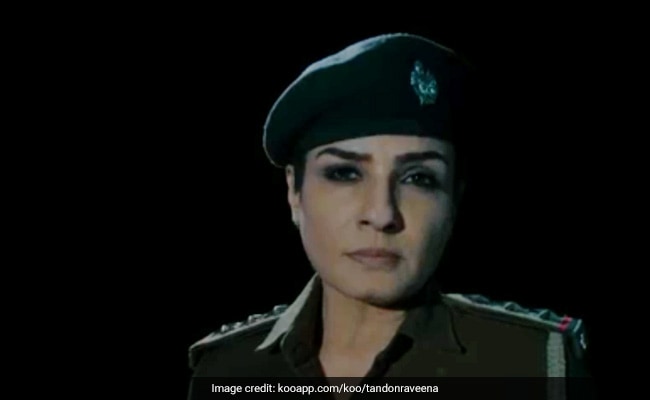 Raveena Tandon is back to enthral her fans with a new project, this time on an OTT platform. We are talking about her new Netflix series, Aranyak that is currently available for streaming on the platform from today (December 10). The actress seems thrilled for the audience to watch her in the avatar of a cop in pursuit of justice against evil forces. And on the day of the release of the series, Raveena Tandon shared a message for fans on the social media platform Koo. She wrote, in Hindi, “Main aa gayi hoon, apne sheher, Sironah ka sabse mushkil case solve karne (I have arrived to solve the toughest case of my city, Sironah),” adding, “Aranyak, streaming now, only on Netflix.”

Raveena Tandon then mentioned the cast and crew of the film in tags and hashtags. Fans of the star expressed their excitement in the comments section.

A few days ago, Raveena Tandon also shared a glimpse of the cast and crew interacting with the press at the launch of the series' trailer. “This jungle party was everything- thrilling, experiential, and a never seen before the trailer launch event. Aranyak ne toh iss jungle pe kabza kar liya, agla shikaar aapka screen hai. Taiyaar hai aap? (Aranyak has captured this jungle. The next prey is your screen. Are you ready?)” she said in the caption of the post.

Early in November, Raveena Tandon shared the poster of the series in which she and actor Parambrata Chattopadhyay are seen as gun-wielding cops, traversing a jungle with a noose hanging in the background.

The murder mystery is headlined by Raveena Tandon alongside Parambrata Chattopadhyay. The series is produced by Ramesh Sippy and Siddharth Roy Kapur. Created by Rohan Sippy, Aranyak is written by Charudutt Acharya and directed by Vinay Waikul.