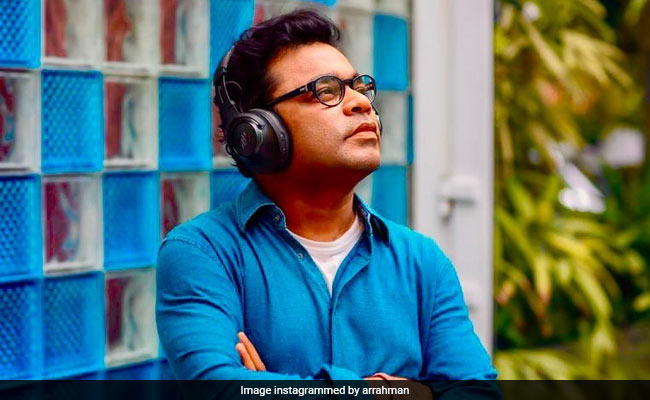 The Indian musical maestro AR Rahman, known for his soulful music and plethora of awards and honours turned 54 years old on Wednesday. The "Mozart of Madras" has been an inspiration to many and his work is a window of his roller coaster journey. From background scores, movie songs to jingles, this immensely talented musician has given us songs that will be remembered by generations to come.

Bollywood, which was widely popular for its pomp and show, especially during the 90s was stumped by the arrival of this quiet and diminutive composer, who worked out of a small and unpretentious studio in Chennai. The multi-faceted, musical talent composed his first music for the Mani Ratnam directorial Roja and since then there has been no looking back for him. In a career spanning almost three decades, the global icon has two Academy Awards, a BAFTA Award, two Grammy Awards, six National Film Awards, a Golden Globe and 15 Filmfare Awards to his credit.

Skilled in Western, classical, and Carnatic music and even Qawwali style, "Musical Legend" is an apt title for this composer who has created music that literally gives people goosebumps. Whether you are looking for a nostalgic trip down memory lane or just want to discover something new, Rahman's songs are like slow-poison, affecting you more and more, each time you listen to them. As Rahman touched 54 today, let us take a look back at some of the musical gems that this ''Mozart of Madras'' has given us.

Roja is one of Rahman's insanely popular and well-received albums to date. He made a thunderous statement and announced himself into the film music world with a total bang. Rahman was clearly carving out his space, but he did not dissociate himself from the melodic tradition. The unique style and sound captured the aspiration of India's new music audience.

Rahman won a National Award for this album and one can't truly describe how extravagant this album sounds. This album is a music lover's delight. This whole album has songs varying from classical to romantic ballads this album is truly an enchanting piece of music.

These two songs are immensely popular and almost everyone has at least listened to them once. They vary so much in their respective genres. While Chaiyya Chaiyya is a joyous and fun song, on the other hand Dil Se Re is a song by an infatuated lover-boy and is as haunting as is its visuals. Guy Pratt, who is a member of the band, Pink Floyd has played the bass guitar for this song.

This song is a fusion of Sufi and pop genre music clubbed with marvelous use of guitar. It stands out because it starts off as a ghazal and transitions into a ghazal/pop kind of fusion with Mohit Chauhan leading the way and a touch of Rahman''s soulful voice in some places.

A. R. Rahman proved with this song that one can be modern but still produce folk songs by using beautiful strums of guitars and flute. This is an unbelievable folk and pop fusion song that transports the listener to another world that is beyond words. The flute and strings before the last verse of this song feel like an almost psychedelic experience in a broader sense.

To start off, Khalbali is a mind-blowing song from this album with Arabic lyrics to top it all. This album created massive waves at the time of its release and to date remains immensely popular! The entire album must be given a listen to at least once.

To say the least, this song marked the arrival of the gen-next Rahman in 2004 when other composers were still stuck in composing the stereotypical recycled tunes from their previous compositions. Rahman came up with this brilliant Pop/Rock, fast-paced fusion song. It has brilliant distorted, mute, acoustic guitars paired with amazing synthesizers that make this song a masterpiece. Sung brilliantly by Karthik, this song also possesses great lyrics and is sure to make anyone keep playing it on repeat!

Unusual in more ways than one Rahman has given us albums and melodies that will be etched in everyone's hearts forever. This Avant Garde musician changed not only how music was conceived, but also its practices. In the true sense of its techno-pop avatar, Rahman has fuelled the idea of a modern India, global in its ambition. Here is to wishing this musical genius a very Happy Birthday and much more successes in the future!