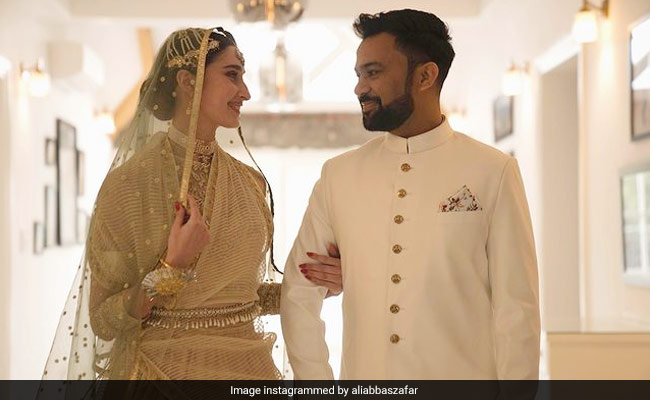 Ali Abbas Zafar, who got married in January this year, wished his wife Alicia on her birthday in the form of an Instagram post. Ali Abbas Zafar shared a photo from his wedding album, in which he and Alicia can be seen sharing a loved up moment. Ali Abbas Zafar also attached a stunning close up shot of Alicia in monochrome and described her as his "universe": "Happy birthday to the universe that keeps me alive." Alicia is an Iranian model from France, who Ali Abbas Zafar met during one of his work trips to the country. She also featured as a background dancer in the song Slow Motion from the movie Bharat, directed by Ali himself.

In January this year, Ali Abbas Zafar's wedding announcement post arrived as a big surprise. "Mine for life," he wrote while introducing Alicia to his Instagram family. "Welcome to the family," he wrote for Alicia in another post.

Talking about introducing Alicia to his family, Ali Abbas Zafar had told Times Of India in an interview: "I introduced her to my mother on Christmas, 2020 and the marriage took place on January 3, 2021, at my Dehradun house. It was a very private affair. My brother who stays in London could not attend due to the pandemic but we ensured that he got to witness it online."